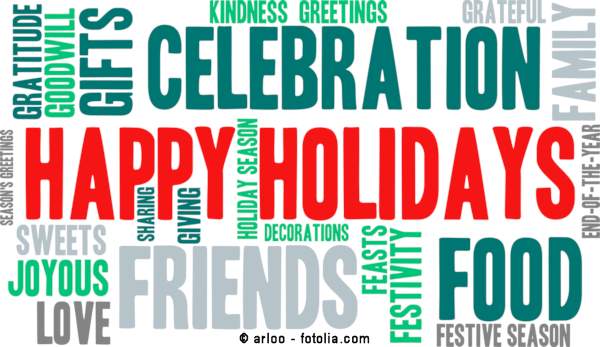 Then the LORD said, “I have surely seen the affliction of my people who are in Egypt and have heard their cry because of their taskmasters. I know their sufferings, and I have come down to deliver them out of the hand of the Egyptians.” (Shemot/Exodus 3:7-8)

Every year around this time a misguided notion about God is reinforced. Don’t get me wrong. I am not “bah humbug” about Christmas. As Jewish believers my wife and I avoid filling our home with the trappings of this season (Hanukkah notwithstanding), but we like the lights and celebrations, festive food, and some of the songs and other associated cultural expressions. I am also aware that for many, if not most, in the Western world at least, Christmas is highly commercialized, and devoid of any spiritual or biblical significance. The hijacking of this holiday by business and entertainment is certainly an issue to address, as well as an opportunity for those who know better to remind the population at large of the day’s true meaning.

What is most concerning is how that “true meaning” is expressed. As the day to mark the Messiah’s birth, regardless of what the actual timing of that is, the biblical power of the event has been drained away and replaced by sentimentality as if throwing a birthday party for the Messiah is a legitimate way to celebrate God’s subversive rescue plan.

I don’t how silent a night it was, but the birth of the Messiah was nothing less than a death knell to mark the defeat of evil. Merry gentlemen may eventually rest, but not without a fight first. Immanuel had come and the powers of darkness were given notice, and they were not going to take this act of God lying down.

There was nothing sentimental about evil’s reaction to Yeshua’s birth. The power of the Roman Empire was forced upon the Jewish province of Judea in the first century by the diabolical Herod the Great. His response to the birth of the Messiah was to not only kill him, but to slaughter all the infants up to two years old living in that same vicinity just in case. Herod’s reaction demonstrates the threat of Messiah’s coming to all despots, those who usurp the rule of the God of Israel anywhere in the vast universe he created.

Joy to the world indeed! But not the tinsel joy of either “Ho, ho, ho!” or “Happy birthday!” It’s the joy of noble warriors depleted after innumerable years of desperate battle, hearing news that the true King has finally arrived. It’s the joy of renewed strength so that the battle can be reengaged with the certainty of victory filling their hearts.

Probably no statement in the Torah echoes the birth of the Messiah as much as what God told Moses at the burning bush: “I have come down to deliver them out of the hand of the Egyptians.” The wait is over, Israel’s slavery is doomed, Egypt’s power is broken, because God has come down.

That’s what should be marked by Christmas or any legitimate acknowledgement of Messiah’s coming: God has come down. Nothing is the same. Everything is changed. Get with his program before it’s too late, because God has come down.

It’s no wonder that for many, following Yeshua is as passive as it is. Not only is his birth regarded in sentimental terms, so much else about him is as well. Many love the image of his being meek and mild, putting children on his knee and tussling their hair, and don’t realize he shook the world in which he lived, as did his followers. They didn’t use military means, but they confronted religious and political oppression, as they, through God’s word, set the oppressed free so they too would confront evil the world over until now.

Through Yeshua God has come down to establish his world-wide rescue operation. Now that’s something to celebrate!

One thought on “Something To Celebrate”