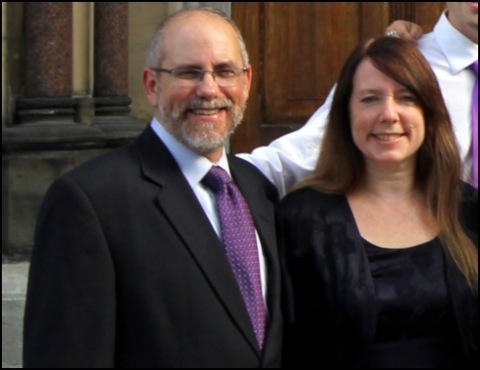 And you shall make holy garments for Aaron your brother, for glory and for beauty. (Shemot/Exodus 28:2)

A few years ago my wife and I were treated to a two-night getaway at a lovely manor in the country. Their high-quality restaurant had a dress code for evening meals. I find it interesting how the putting on of nice clothes makes such a difference in how we feel about ourselves and our surroundings, as well as in how others relate to us.

I had a friend who was a taxi driver. The company he worked for didn’t impose particular dress standards, but when he started wearing suits; his customers began to treat him differently, calling him “Sir,” for example.

I don’t think that the wearing of nice clothes made my wife and I or my friend different people. Wearing nice clothes or a uniform doesn’t transform a person into something he or she is not. At the same time how we present ourselves does communicate something about ourselves. It could be anything from our economic situation, the people group to which we belong, our likes and preferences, or our desires and intentions. Of course it is possible that what we wear may not be consistent with who we really are. If I wore a police uniform in public, I would be giving the false impression that I was a police officer. On the other hand, when a police officer wears a uniform, it not only communicates to others his authority, but reminds him to behave accordingly.

In the days of the Mishkan and the Temple, the priests were required to wear special clothing whenever they performed their duties. To fail to do so would have resulted in dire consequences. It is not as if they were priests on the basis of their clothing. Not wearing their priestly garments would not make them less of who they were. Still, their clothing was a necessary part of their performing their priestly duties. Priests not only played a special role in the community, they had to look the part as well. They physically and mentally could have performed their duties in regular clothing, but they could not truly represent their position if they didn’t take the time to put on their special ones.

One of the contrasts between the Old and New Covenants is a shift of focus from things external to things internal. Under both covenants what God is seeking to communicate both to and through us is very much the same, but how he does so is quite different. With the coming of the Messiah and the loss of the Levitical priesthood due to the destruction of the Temple, the external elements of worship and service to God have been internalized in those who trust and follow the Messiah. What was at one time necessary through things such as clothing and other objects is now experienced in and through the living out of our day-to-day lives.

As the priests had to purposely put on special clothing to fulfill their special role in the world, so we too must do the same, figuratively speaking. We are to purposely apply the elements of a godly lifestyle to our behavior (see Colossians 3:1-17). While it is not our deeds that make us God’s children, godly living requires decisive, purposeful activity.

At times purposely putting on godly behavior can feel as if we are play acting – more like a costume than a uniform. Being kind, generous, disciplined, merciful, and so on, may not seem natural to us. But we shouldn’t think that just because we possess the inner reality of God’s presence in our lives that godly behavior will automatically spring forth without our cooperation. Similar to dressing up to eat in a fancy restaurant, things we have never or rarely done can feel quite strange. But once we realize that we, like the priests of old, have a special place in the world, then it shouldn’t surprise us to learn that it requires our putting on special behavior.

One thought on “Putting It On”