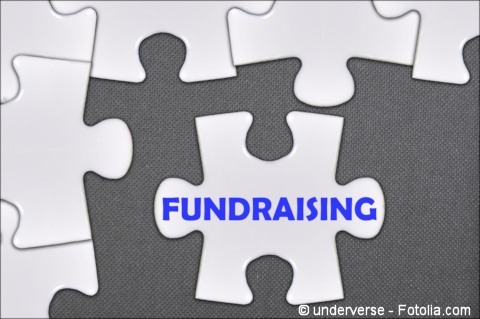 Moses said to all the congregation of the people of Israel, “This is the thing that the LORD has commanded. Take from among you a contribution to the LORD. Whoever is of a generous heart, let him bring the LORD’s contribution…” (Shemot/Exodus 35:4-5)

I was brought up with an unhealthy relationship to money. It was the subject that my parents seemed to constantly bicker about. My father taught me that “money made the world go round,” something he firmly believed. As I grew up I regularly was told that we couldn’t do this and we couldn’t do that, because of the money. Not long after my parents divorced in my mid-teens, my mother and I were on welfare. We had a nice enough place to live and we didn’t starve, but the thought of not having enough was always with us, and it got to me. Our poverty was likely a key aspect in the panic attacks that eventually led me to know Yeshua.

Coming to know God and reading the Bible radically transformed my thinking in many areas, including money. The most mind-blowing concept was that I was no longer alone with regard to material provision. According to Yeshua, I had a Heavenly Father who was committed to taking care of my needs (see Matthew 6:25-34). So instead of every future hope of mine being stamped with a big and bold red “CAN’T” on it, I had a funding resource beyond my wildest dreams. I am not saying that I expected God to give me whatever I wanted, but as I have sought him for everything from education to marriage (which would eventually include 10 kids!), houses, cars, travel, and so on, he has provided for me and my family in so many surprising ways.

I am so grateful that the first community of believers I was involved with after coming to faith highly valued the Messiah’s teaching on God’s provision. Unlike some groups, their understanding regarding the relationship between faith and finances led them to rarely, if ever, talk about money. The idea was that since God promised to provide for our needs, then it would be dishonoring to him to ask people to give. This approach was firmly rooted in people such as George Müller, who was famous for founding orphanages and schools in England in the 19th century. As far we know, Müller never made a private or public request for funds, except to God alone in prayer. His story and the example of my community at the time led me to believe that this was the only way to be a genuine person of faith. To ask anyone for money was regarded as putting my trust in people, not God, thus undermining Yeshua’s teaching on God’s generosity toward his children.

As I mentioned, I have innumerable examples of God’s provision, but my commitment to keep my needs to myself at times became more than I could handle. Years ago, we sought to establish a ministry. We were affiliated with a group of believers but were basically on our own in terms of support. When little by way of finances came in, I had a difficult time of it. I regret to say that this was one of the factors for leaving the work I was doing. Based on my conviction, I concluded that I was at fault for not trusting God.

That was about twenty-four years ago. When I considered stepping back into fulltime Bible teaching ministry in 2012, I wondered how I was going to handle the trust factor. It’s only been since then that I have been challenged to rethink how fund raising is supposed to work. It has taken a long time to accept that the George Müller method was not actually biblical after all. The Bible doesn’t teach it’s wrong to ask for money. Look at this week’s Torah portion, for example. God instructed Moses to ask for contributions for the building of the Mishkan (English: Tabernacle). While there are right and wrong ways to raise funds, being open and honest about the need to fund ministry is godly.

I have come to realize that my difficulty with asking people to fund my ministry is not derived from the Bible, but rather due to deep-seated values that I somehow inherited that makes me feel ashamed for being a “charity case.” But why should it be acceptable to trade money for temporal goods, but shameful to invite people to invest in something that will bring eternal benefits? People fund all sorts of legitimate (and not-so legitimate) activities. What’s wrong with funding the work of God’s Kingdom? We have no problem with someone hawking their wares at the side of the road. Why then are we put out when someone makes a request raise money for ministry? You can always say, “No.”