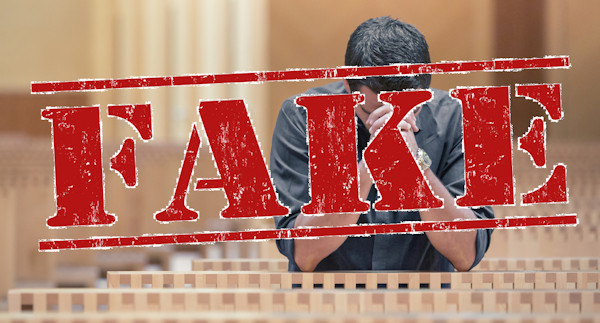 I am not able to carry all this people alone; the burden is too heavy for me. If you will treat me like this, kill me at once, if I find favor in your sight, that I may not see my wretchedness.” (B’midbar/Numbers 11:14-15)

I think Moses is amazing. I know he didn’t get off to the greatest start, murdering the Egyptian and running for his life as he feared the wrath of Pharaoh, king of Egypt. Note that he knew he was someone special, having miraculously survived the murder-all-the-baby-boys decree, rescued by Pharaoh’s own daughter no less. Killing the Egyptian was wrong, but it was the result of a good motive, as he reacted to his people’s ongoing oppression. The Torah doesn’t tell us how he learned he was a Hebrew or knew that he had a key role to fulfill, but like many people of destiny, he walked a twisted road to get there.

I don’t blame him for his resistance to God, when at age eighty he finally received his commission. Even though he was still afraid for his life, and in spite of his attempt to skirt his call, he went back to Egypt anyway. From that point on, with the exception of a couple of misguided actions due to frustration with the people (again no criticism from me about that), he performed magnificently in the face of Pharaoh’s stubborn short-sightedness and a fairly uncooperative, critical people to lead.

What made Moses such an effective leader was how he dealt with the problems he faced. Every time another issue arose, he would go to God for what he should do. Perhaps this is where Paul in the New Covenant Writings derives his encouragement to “Pray without ceasing” (1 Thessalonians 5:17). While some may think Paul intended the believers in Thessalonica to utter barely audible prayers under their breath every waking second – nothing wrong with that if you can sustain such a thing – but more likely he was calling them (and by extension us), to regularly defer to God just as Moses did.

But there is more for us to learn from Moses’s prayers than the frequency thereof. He also “told it like it is,” so to speak. Moses’s prayer I quoted at the start, was in response to one of the many occasions of the people’s complaining. This time a bunch of discontents got everyone riled up about the boring nature of their menu. The supernatural provision of the bread-like substance called manna wasn’t good enough for them. They demanded that Moses produce meat. This pushed him to the limit and he told God so, and that he couldn’t take it anymore, saying: “If you will treat me like this, kill me at once” (B’midbar/Numbers 11:15).

That’s not one of the nicest prayers I’ve ever read. It’s pretty confrontational and demanding, don’t you think? Note how he puts the blame squarely on God even though it was the people who were making life so difficult for him. Moses prayed that way because he knew something that we often fail to grasp: while people are responsible for their actions, our lives are ultimately in God’s hands.

His prayer is also pretty drastic: “resolve the problem or kill me!” If God is so in control, why not leave the resolution of the situation with him. But this is how Moses was feeling at the time. So that’s what he prayed. How did God respond? Did Moses get a lecture about appropriate piety and respectability? No; God heeded Moses’s desperate plea.

Why would God do that? Why didn’t he instead put Moses in his place for addressing him that way? Or at least ignore him (which, if we are honest, is probably the way we think God deals with us a good deal of the time)? God answered Moses because this is the kind of prayer God answers: direct and honest. Moses prayed a prayer of desperation because he was desperate. God knew that. Why pretend otherwise? Anything else would have been fake. God sees through fake. He isn’t offended by honesty. Unlike the complainers who put the onus on Moses, who had no ability to grant their request, Moses went to the only one who could do something about his difficult situation. And by baring his heart, he not only got an audience with the Sovereign of the Universe, he got the help he (and the whole community) needed.

The Messiah addresses this in his introduction to his model prayer:

And when you pray, do not heap up empty phrases as the Gentiles do, for they think that they will be heard for their many words. Do not be like them, for your Father knows what you need before you ask him. (Matthew 6:7-8)

He is not only addressing meaningless repetition here, but the emptiness of fake prayers as well. We need to tell it like it is when we pray. Anything else is just a show. That doesn’t mean there is no room for formal prayer, especially in public. But it better be sincere or else you’ll find yourself filling up space with “empty phrases” than truly conversing with your Heavenly Father. Perhaps it’s time to tell God how you really feel.