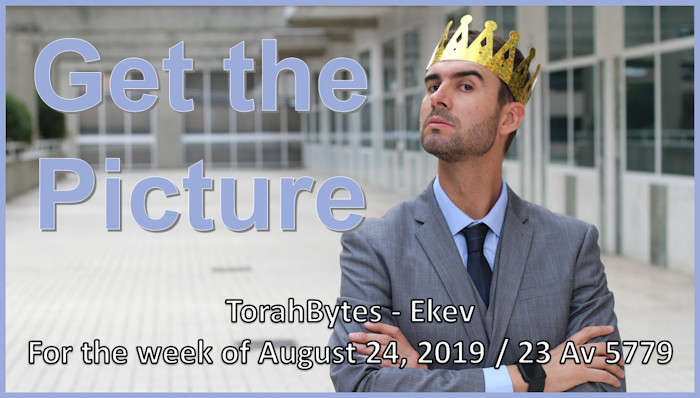 Circumcise therefore the foreskin of your heart, and be no longer stubborn. (D’varim/Deuteronomy 10:16)

I am fascinated by words. To think that God created the world through words. And then, he shares the gift of verbal communication with us by giving us the ability to share our thoughts with others (and himself through prayer) via this complex audible code. It’s wonderful when our words make a positive difference in the world. Words can give people a reason to live: words of encouragement, words of warning, words of instruction, words of love. Words can also destroy. Misrepresentation of truth of any kind can break relationship, cause paralyzing discouragement, and lead to disastrous outcomes.

Negative outcomes to words are not always the intent of speakers, of course. Accurately interpreting what people say is easier said than done (pun intended!). Concrete objects are easier to describe because they are clearly represented in the world. The word “dog,” for example is simply clarified by referencing an actual dog. Abstract concepts, on the other hand, such as emotions or philosophical ideas, can only be conveyed with words alone. If the speaker and hearer understand different things by those words, effective communication will not happen.

Figures of speech, what we might call “expressions,” are especially problematic. Some may remember the 1960s spy-comedy, entitled “Get Smart.” One unforgettable character was the humanoid robot Hymie. Hymie had issues with expressions. If told to “grab a waiter” in a restaurant, instead of getting the waiter’s attention, he picked him up and carried him to the table. “Kill the light, Hymie,” resulted in his shooting the light bulb instead of turning it off. We find that sort of thing humorous, but in real life misunderstanding expressions like this can have disastrous results.

While English has a great many expressions such the ones Hymie misinterpreted, it uses far more abstract terms than Biblical Hebrew, which is more concrete. This is illustrated in the verse I started with taken from this week’s parsha (weekly Torah portion). Moses is instructing the people to resist their natural inclinations to not listen to God and humbly submit to his directions. But that’s not how Moses put it. Closer to the Hebrew would be: “circumcise your heart and be not stiffnecked.” What would someone like Hymie do with that? The first half would kill you and the need for the second would be denied by those with flexible necks. Obviously, this was not to be taken literally. Yet the concrete tendency of Hebrew, which in this case vividly expresses otherwise abstract notions such as arrogance and stubbornness gets the point across most effectively.

There are all sorts of reasons why a translator would attempt to explain a concrete expression with an abstraction. Would readers know what circumcision is and if they did, would they understand that God wasn’t directing his people to do open heart surgery? Both elements would have to be properly understood for this to be the powerful statement it is.

As I look over English translations, I am surprised by how many, such as the one I am using, retain the first expression while opting for an abstraction for the second. Wouldn’t readers who get the point of heart circumcision also understand the warning against being stiff-necked? Maybe not.

Why use expressions at all? Why say things like “grab a waiter” or “kill the light” anyway? It’s that the pictures expressions create in our minds provide communicative elements that abstractions tend to lack. It’s difficult to represent “circumcise your hearts,” in any way but as an expression. The implications are that people need to remove the coverings over their hearts so that their affections, thoughts, and desires would be fully open to God. As for the warning against being stiff-necked, the word “stubborn” may appropriately reflect God’s intention here, but how much more when you picture ourselves refusing to bend under the weight of God’s will for our lives. It’s being stubborn, yes, but describing it in graphical terms helps us to see the intensity of our tendency to resist God’s lordship.

Unlike Hymie, our failure to understand God’s expressions isn’t funny. But thank God we are not robots.