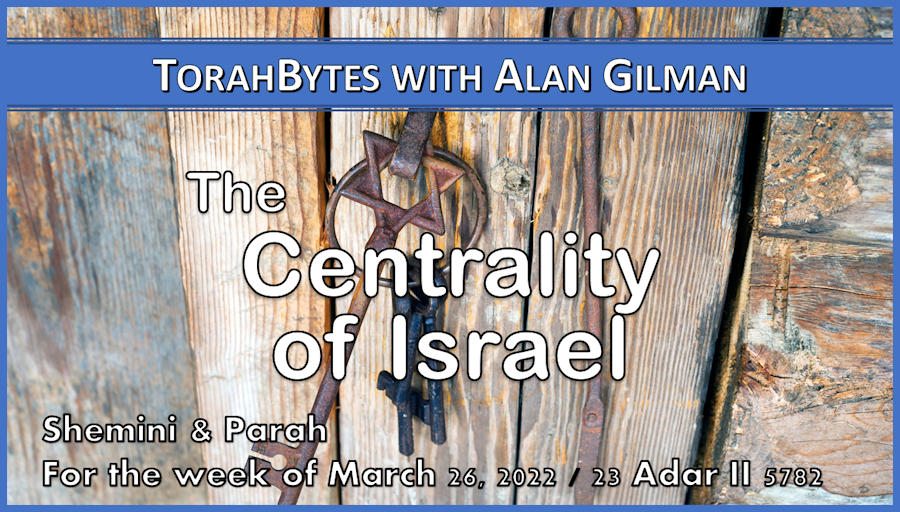 The story of the Bible is the story of God’s rescue operation of the creation. According to the earliest chapters of the Bible, from the moment God cursed the world in response to our first parents’ rebellion, he determined to put a complete end to evil (see Bereshit/Genesis 3:15). Much of the rest of Scripture is the unfolding of that promise. The intricate interplay of the whole Bible is summed up by Paul when he calls God’s promise of blessing to Abraham, the “gospel,” meaning “good news” (Galatians 3:8; cf. Bereshit/Genesis 12:3). The good news is that the curse would be undone through Abraham’s descendants.

Yeshua followers are quick to point out that the realization of the promise to Abraham is wrapped up in the Messiah. That is certainly true. Yeshua’s death and resurrection provide forgiveness and eternal life to all who repent and put their trust in him. However, Yeshua’s part of the story of God, essential as it is, is not the whole story. In fact, we cannot fully appreciate Yeshua and what he has done unless we see him in the context of the whole Bible.

To understand Yeshua in the context of the Bible is to come to grips with the centrality of Israel in the plan of God. To start with, Yeshua isn’t portrayed in Scripture simply as the savior from heaven. He is that, but he is first and foremost the promised Messiah of Israel. He couldn’t be the savior of all if he wasn’t the Jewish Messiah. That’s just the beginning. There’s far more to Israel’s role in God’s rescue plan than Yeshua’s Jewish messianic pedigree.

Tragically, Israel’s role has been obscured by deep-seated prejudice towards the Jewish people through the centuries. Ignoring Paul’s warning to the non-Jewish believers in Rome to not be arrogant towards the Jewish people (see Romans 11:17-24), the church did just that. Paul must have sensed that there was a growing “new kid on the block” mentality emerging from the increasing number of Gentile believers in his day. He knew that the outworking of God’s promise to bless the nations that they were experiencing could easily be misinterpreted as a shift of God’s heart – that Israel was “out” and the Church, its non-Jewish component in particular, was “in.” His olive-tree metaphor in Romans chapter eleven is a masterful three-dimensional picture of the complexity of the multi-ethnic makeup of the New Covenant community of faith. The inclusion of non-Jews into God’s family was not to be regarded as a replacement of his earlier commitment to the descendants of Abraham, Isaac, and Jacob. And yet, that’s exactly what happened.

This anti-Jewish lens filters out the fulness of Scripture. Take this week’s Haftarah portion, for example. When you read Ezekiel’s words, do you hear God’s faithfulness to Israel or his disgust? Israel failed to live up to the standard of being God’s holy people as established at Mt. Sinai through Moses (see Shemot/Exodus 19:5-6). But many have failed to understand that Israel was made an example to demonstrate to the world everyone’s need of God. That should evoke awe and gratefulness, not disdain.

Why then does God himself seem to be so negative on Israel? Isn’t that what’s going on in this week’s Haftarah? He says through the prophet Ezekiel: “It is not for your sake that I will act, declares the Lord GOD; let that be known to you. Be ashamed and confounded for your ways, O house of Israel” (Ezekiel 36:32). Words like these may appear to reflect God’s supposed rejection of his ancient covenant people. But keep on reading:

Thus says the Lord GOD: On the day that I cleanse you from all your iniquities, I will cause the cities to be inhabited, and the waste places shall be rebuilt. And the land that was desolate shall be tilled, instead of being the desolation that it was in the sight of all who passed by. And they will say, “This land that was desolate has become like the garden of Eden, and the waste and desolate and ruined cities are now fortified and inhabited.” Then the nations that are left all around you shall know that I am the LORD; I have rebuilt the ruined places and replanted that which was desolate. I am the LORD; I have spoken, and I will do it. (Ezekiel 36:33-36)

God’s response to Israel’s failure is not rejection but restoration – a restoration that’s not only spiritual but physical as it includes a glorious transformation in their ancient homeland. Any version of God’s rescue operation that fails to include God’s ongoing plans and purposes for the Jewish people misrepresents his mission, his word, and himself.

What God began through the faithful remnant of Jewish followers of Yeshua sent out two thousand years ago will culminate in the renewal of the entire creation. When Israel is finally and fully restored, both the people and the land, the curse over the earth will be completely broken and God’s rule and reign will be established forever. God is not finished with Israel; the best is yet to come.

One thought on “The Centrality of Israel”