The Torah calls for a whole new level of sharing. 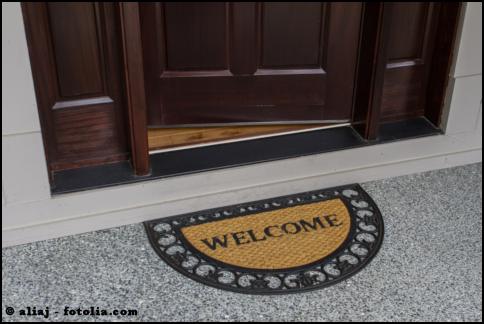 There are many special things about being part of God’s family. It’s actually similar to being part of a natural family. In the same way you don’t get to pick your relatives, so when you are part of the community of Yeshua followers, you don’t have a say with regard to who your spiritual brothers and sisters are. This experience has been full of delightful surprises as well as some interesting challenges. Through the years we have had a great many people in our home. This includes those times when we hosted regular meetings. We felt that being genuinely hospitable meant telling people, “Make yourself at home!” At first, we didn’t realize that being at home meant different things to different people. I think what we meant to say was, “Make yourself at home according to our understanding of home.”

An incident stays with me, not because it was a big deal, it wasn’t; but because it was different from anything I was used to. The people involved were not fellow believers, but the point is the same, as you will see. I guess in my first twenty years of life I had little contact with other cultures. It was the summer of 1977. I was working at a camp, and I became friends with one of the few people working there who was from another country. After camp was over, his girlfriend had come to town and they were both over at my mother’s place where I was still living at the time. We were in our kitchen talking, and then all of a sudden the girlfriend, whom my mother and I had just met, without asking, took a glass, poured herself some water from the tap, and started drinking. Did I mention she didn’t ask first? You probably don’t believe me, but it’s true. This person, almost a total stranger, was making herself at home. And in this case, I don’t think we had told her to “make herself at home.” But she did anyway! I couldn’t believe it.

I wouldn’t tell you this story if I didn’t think that the only person looking bad was me. It’s not as if she did anything truly wrong. It’s that it was different. And if by any chance my telling this story helps me find these people again, that would be a real bonus.

I had been pondering the passage I read at the beginning when I remembered of that story. Helping herself to water after just a few minutes of being in our home reflects an understanding of personal property that this passage may be seeking to communicate.

I don’t know about you, but the taking of grain or fruit from my field (if I owned one) without asking sounds to me like stealing. The Torah is clear about land ownership and property boundaries. It’s not as if everybody owns everybody else’s land. On the contrary, this passage is clear that while people could help themselves to a limited amount of produce, they were not to harvest another person’s crops. That would indeed be stealing. But if that is stealing, why isn’t taking small amounts stealing?

I can’t say for sure, because neither the passage nor its immediate context tell us. Be that as it may, we might be able to deduce an answer from how God through the Torah developed the community of ancient Israel. First, God always retained ownership of the land. We read: “The land shall not be sold in perpetuity, for the land is mine. For you are strangers and sojourners with me” (Vayikra/Leviticus 25:23). So while the people possessed land on the basis of tribal inheritance, they were not owners in an absolute sense. Therefore the blessings derived from cultivating the land were not so much theirs as their responsibility, in other words they were stewards of it. How to distribute produce, therefore, was not ultimately theirs to decide, but God’s. The feeding of their own families and the trading out of their bounty for other goods and services were certainly included in God’s economy, but so was the obligation not to completely exploit their land for themselves, but rather to leave for the poor the corners of their fields and the gleanings of their harvest (see Vayikra/Leviticus 23:22). Also included was the right of others to help themselves.

Perhaps the girlfriend consciously or unconsciously understood that she didn’t need permission to help herself that day. She did nothing to undermine our household water supply. We had water onsite, she was thirsty, and you know the rest of the story. And she didn’t keep the glass, by the way.

In the moment I felt violated, but knowing what I know now, I shouldn’t have. While not in any way condoning the type of forced sharing that is a part of some political ideologies, maybe we don’t own what we have in exactly the way we have tended to think. Once we understand property ownership from God’s perspective, perhaps we should be much less controlling and tight fisted as some of us have been, and allow others to be free to help themselves.