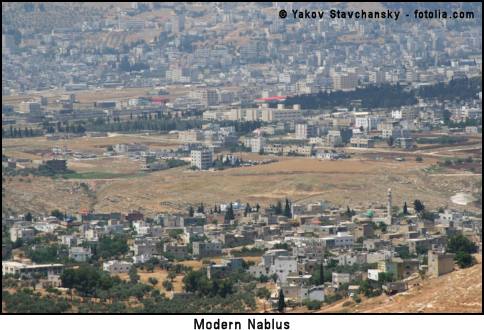 In this week’s Torah portion we read how Moses instructed the people regarding what might seem to us to be an unusual ceremony. The whole nation was to gather on the two mountains of Gerizim and Ebal near Shechem (modern Nablus), a more or less central location in ancient Israel. Half the nation was to stand on one mountain, the other half on the other. Those on Gerizim were to call out blessings, those on Ebal, curses. That this was indeed done later on is recorded in Joshua 8:33.

An unusual ceremony, but perhaps how it functioned in the life of the culture at that time is not as unusual as we might think. But before we look at that, let’s see what blessings and curses are about. “To bless” is to fill something with the potential of life. When someone is blessed, they thrive and become a channel of life to others. “To curse” is to remove life. When someone is cursed, they begin to die, often causing destruction along the way. Pronouncing blessings and curses bring to the consciousness of people an awareness of the reality of that which is blessed or cursed.

Many ancient peoples believed that their lives were subject to the influences, even whims, of spiritual forces. Myths and legends arose that were these cultures’ best guesses at trying to explain how it all worked. This resulted in various customs that governed life as people sought to identify which activities were beneficial, leading to blessing, and those which were not, leading to curses.

But due to the gift of the Torah, we don’t need to guess. For it, along with the rest of the Bible, is God’s revealed truth. As the designer of life, the Master of the Universe not only knows what is beneficial for his creation, he has shared that information with us through the Scriptures.

Still, the truth regarding blessings and curses sitting on the pages of the Bible won’t do any good unless it is effectively communicated to others. This is what was going on at the mountains of Gerizim and Ebal. The community of Israel needed to hear these important life truths in this dramatic way. Dramatic, but as I mentioned at the start, not necessarily unusual, because this kind of communication is exactly what most of us are exposed to each and every day of our lives. All around us, over and over again, the culture shouts out blessings and curses. Through all sorts of ways, whether it be TV, the Internet, school, friends, family, and teachers we are being bombarded by someone’s take on what constitutes what is it that effects our lives for good and ill. “This will make you happy; that will cause you harm; this will give you success; that route is a dead end;” and on and on it goes. The format used may not seem like Gerizim and Ebal, and the words are definitely different. But how it works is the same. The more we are bombarded by society’s definitions of blessing and curses, the more people tend to embrace them.

That’s why those who have been entrusted with God’s Truth as revealed in Scripture need to boldly shout out God’s truth for everyone to hear. If you truly believe what God says in the Bible, you need to share it with everyone everywhere. Don’t be intimidated by the opinions of others. God’s Word is true, not because you believe it is, but because it is God’s Word. Don’t allow your friends, neighbors, and co-workers to be victims of the best guesses of social commentators, misinformed philosophers, and market manipulators. Find a mountain, figuratively of course, and unapologetically proclaim God’s blessings and curses.