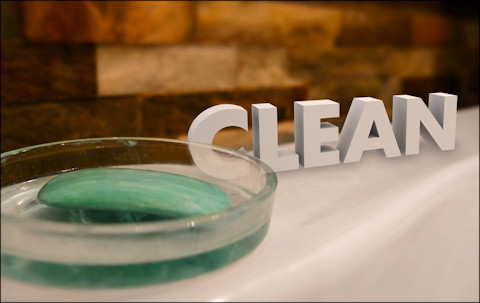 This is perhaps one of the most important statements in the Torah that helps us to understand the implications of the New Covenant. Vayikra (the Book of Leviticus) contains detailed instructions regarding how the community of Israel was to deal with spiritual uncleanness.

The term unclean in Hebrew is “tamei.” It does not mean unclean in the sense of being dirty but rather refers to defilement with regard to spiritual purity. When someone or something is tamei, they are unfit to be in God’s presence or to be used in God’s service. Not only did the defiled person risk death by attempting to be in God’s presence, their defilement also defiled God’s dwelling.

Let me explain. God’s plan and purpose for creating the people of Israel were to make himself known to the world through them. God instructed them through Moses to construct a tent-like structure called the Mishkan (English: Tabernacle), which would later become a permanent structure called the Temple (the Hebrew word for Temple is simply “bayit,” meaning “house”). Whether it be the Mishkan or the Temple, they represented God’s dwelling place. The various inner sections of these structures, while providing, in one sense, access to God, they vividly illustrated the barriers that existed between us and him.

Much of the sacrificial system was to deal with this issue of defilement. On one hand it allowed people to engage God by undergoing ritual cleansing, but at the same time, it continually reminded them how they, as an example of the condition of all nations before God, were unfit to intimately engage him.

Many of the things that defiled a person, which in turn threatened the purity of God’s dwelling, were unintentional, including certain diseases, bodily emissions, and childbirth. While immorality was also defiling, it was necessary to learn that human defilement was fundamentally involuntary. Being unfit to approach God was an aspect of our natural human state.

The Torah’s teaching on defilement, therefore, describes our predicament before God. Even though Israel was called to be God’s people, human nature as derived from our first parents is unable to engage our Creator as he originally intended.

It is this predicament that the Messiah came to resolve. He, who in his nature was completely undefiled, took upon himself our defilement so that we can approach God freely and fully. The New Covenant book of Hebrews details how Yeshua purified God’s heavenly dwelling of which the earthly Mishkan and Temple were models. Our defilement defiled God’s dwelling place and kept us alienated from him. But the sacrificial blood of the Messiah the Son of God removed the effects of our defilement, making all who trust in him eternally pure, and thus absolutely fit to be in God’s presence and be in a state whereby we can freely serve him.

It is no wonder then that not long after Yeshua’s coming the Temple was destroyed. There is no longer any need to go through the motions of purification or to be reminded of our defilement since Yeshua has purified us once and for all.

One thought on “Defiled No More!”