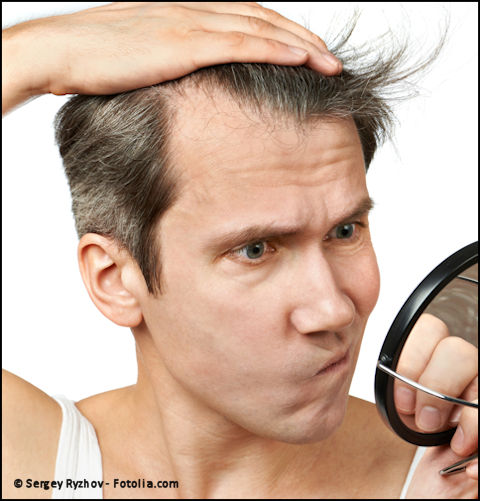 This week’s parasha (weekly Torah reading portion) contains a statement which at first may seem a little out of place. Yet it actually helps us gain some understanding of God’s perspective of life. The context in which this statement is found is one which addresses the issue of leprosy and leprosy-type diseases. Here we are given very specific details regarding how a cohen (English: priest) was to determine whether or not a person was infected with a leprous disease, which would result in that person being quarantined for as long as they had it.

To avoid false diagnoses, the passage includes a few skin conditions that could have been taken to be serious, but were, in fact, no concern. Their similarity to the serious ailments clearly justifies their inclusion. Thankfully having a condition similar to the real thing did not result in the same course of action as having the real thing.

The statement about baldness was likely included since losing one’s hair could be a symptom of a leprous condition. But the statement tells us in no uncertain terms that simply going bald with no other symptoms is no big deal.

Maybe baldness is a big deal to you. I know it is for some – at least from a vanity point of view. But regarding personal health, spiritual matters, or the welfare of the community, it is nothing to be concerned about.

Like baldness, many things that happen to us in life are no big deal. Yet some people think that everything that happens to us is for a reason. They try to look behind every circumstance and figure out its significance. Certainly many things do happen for a reason. I myself have experienced many unusual situations that appeared to be due to spiritual activity of some sort. Sometimes the reasons for these things were obvious, other times not. But unless God makes those reasons clear, who am I to guess what is going on behind the scenes of my life? And perhaps there isn’t a reason for everything after all.

There are certain things that happen to us, such as going bald, that should not cause us concern. You might be going through some normal body changes that are really bothering you, but are simply due to your getting older. Maybe you aren’t looking for some grandiose meaning behind this. Maybe you just don’t like it and it has become a much bigger deal than it needs to be.

This is not to say that there aren’t things in life that should be taken very seriously, whether they be certain medical conditions that require attention or circumstances through which God is seeking to speak to you. But at the same time, there are a great many other things that are no big deal. The sooner we realize that, the sooner we will be able to focus on the things of life that are truly important.