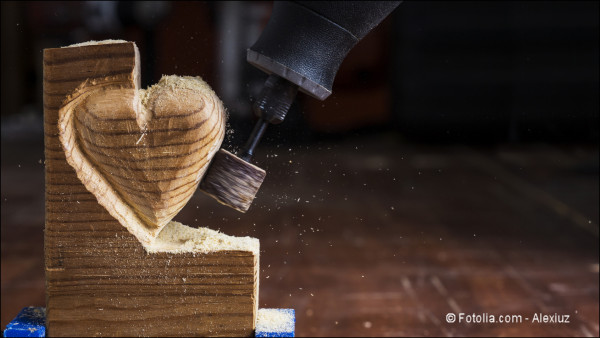 You shall speak all that I command you, and your brother Aaron shall tell Pharaoh to let the people of Israel go out of his land. But I will harden Pharaoh’s heart, and though I multiply my signs and wonders in the land of Egypt, Pharaoh will not listen to you. Then I will lay my hand on Egypt and bring my hosts, my people the children of Israel, out of the land of Egypt by great acts of judgment. (Shemot/Exodus 7:2-4).

I have the privilege of developing and teaching a Bible class at a small classical academy. I teach two classes, a combined grades five and six and a combined grades seven and eight. The students are well engaged and ask pertinent and, at times, challenging questions. One of the things we are covering this year is the book of Exodus, chapters one through twenty, the rescue of the Israelites from slavery in Egypt through the giving of the Ten Commandments at Mt. Sinai. Both classes, without any prompting from me (except that it was part of the reading of the day) brought up the difficult issue of the hardening of Pharaoh’s heart. Frankly I wasn’t particularly prepared to deal with this, not that I haven’t thought about it before. In fact, I have addressed it more than once through the years in TorahBytes. I attempted an explanation, but to be honest I wasn’t fully satisfied with my answer.

I gave them my standard answer, which is that the Scriptures speak of both God hardening Pharaoh’s heart and Pharaoh hardening his own heart. It’s not as if God arbitrarily made Pharaoh stubborn in spite of himself. Rather God’s response to Pharaoh’s negative inclination was to further take him down the road of his own stubbornness. I still think there is at least some truth in this, which leads to a serious warning: when we allow ourselves to hold a skewed point of view due to fear, pride, or selfishness, we may find our perspective becoming more and more solidified. We experience this, for example, when we become bitter against or cynical toward someone. Eventually everything they do and say reinforces our negative inclination toward them. Bitterness is a slippery slope that takes us down a deep dark pit. The story of the hardening of Pharaoh’s heart may suggest that sliding downward might be more than a natural consequence, but a purposeful response from God. However it works, it should be obvious that we need to stop ourselves before we get to the pit’s precipice.

As I said, there may be some truth here, but it doesn’t fully deal with what we find in the Bible. The first time the concept of hardening is mentioned is found in last week’s parsha (Shemot/Exodus 1:1 – 6:1). We read:

And the LORD said to Moses, “When you go back to Egypt, see that you do before Pharaoh all the miracles that I have put in your power. But I will harden his heart, so that he will not let the people go (Shemot/Exodus 4:21).

God said these words to Moses before his first audience with Pharaoh. It certainly sounds here that contrary to my explanation of God’s taking Pharaoh further down the road of his own stubbornness, God was the prime influence behind Pharaoh’s hard heart. It might be more reasonable to deduce that the Pharaoh’s hardening of his heart described in later passages were because of what God had already done to him.

This does seem to be Paul’s understanding centuries later in his New Covenant letter to the Romans:

What shall we say then? Is there injustice on God’s part? By no means! For he says to Moses, “I will have mercy on whom I have mercy, and I will have compassion on whom I have compassion.” So then it depends not on human will or exertion, but on God, who has mercy. For the Scripture says to Pharaoh, “For this very purpose I have raised you up, that I might show my power in you, and that my name might be proclaimed in all the earth.” So then he has mercy on whomever he wills, and he hardens whomever he wills (Romans 9:14-18).

It sounds here as if God manipulated the situation for his purposes. Any difficulty Paul’s readers may have had with such a thing, is confronted in the verses following:

You will say to me then, “Why does he still find fault? For who can resist his will?” But who are you, O man, to answer back to God? Will what is molded say to its molder, “Why have you made me like this?” Has the potter no right over the clay, to make out of the same lump one vessel for honorable use and another for dishonorable use? What if God, desiring to show his wrath and to make known his power, has endured with much patience vessels of wrath prepared for destruction, in order to make known the riches of his glory for vessels of mercy, which he has prepared beforehand for glory (Romans 9:19-23).

Some may think this is cut and dry: God causes people to behave the way they do. But there are huge problems with such a conclusion, logical as it may seem. Does the Bible really teach we are nothing more than the products of God’s manipulative control? Is human will an illusion? Practically speaking, are you stuck in whatever state to which God has assigned you, relegated to endure both a present and a future completely outside your control? I don’t think so, I will attempt to explain why next week.

4 thoughts on “A God of Manipulation? Part One”