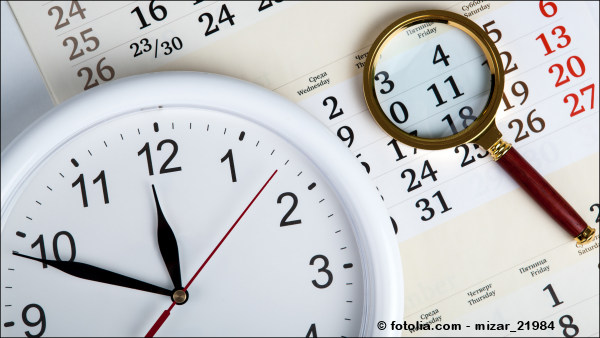 If they were wise, they would understand this; they would discern their latter end! (Devarim/Deuteronomy 32:29)

At a leadership simulcast a few years ago I heard business writer Suzy Welch describe her “10-10-10” concept. What she shared made a lot of sense. Simply, before making a decision, take a bit of time to think about what may result ten minutes from now, ten months from now, and ten years from now. While this is not the ultimate guarantee of success or the final word on preventing failure or disaster, thinking about implications and potential consequences within concrete timeframes forces us to put our decisions into a real-life context. Imagining how our choices might actually impact our lives in the immediate, near, and distant futures will help us give serious second thought to our plans and allow us to better clarify our needs and desires. And following that, should we be convinced we are indeed on right track, such a process can significantly increase our motivation to pursue our goals.

Sounds pretty straightforward. While there is more to good decision-making than the “10-10-10” concept, why would we not do this or something similar? Moreover, why does this even need to be said? Yet, this simple idea was a New York Times bestseller. Why? My guess: most of us don’t do this. We don’t take the time to think about the implications of our actions. Instead we make decisions based on reactions to circumstances, personal feelings, other people’s agendas, perceived expectations, and so on. Consequences will occur regardless, but we simply don’t take the time to consider them.

This is not a new phenomenon. This is what Moses criticized his people about at the end of his life. God had directed him to sing them a song to impress upon them the inevitability of their eventual unfaithfulness. Israel was doomed to turn their back on God and his ways and give themselves to the worship and practices of foreign gods. One of the reasons, if not the reason for this, is that they were not doing “10-10-10.”

While we suffer from the same near-sightedness as ancient Israel, there are factors bearing down on us today that further restrict our ability to think beyond the now. The contemporary mood of most people is that we are the product of complete randomness. If life didn’t emerge as a result of a purposeful intelligence and no Supreme Being is overseeing the unfolding of history, then the universe has no meaning. There may be some philosophical room for predictable consequences as if the world is nothing more than a sequence of falling dominoes. But if that’s the case, then we are nothing more than passive objects in a meaningless cosmos.

Followers of Yeshua should know better but buy into the current mood anyway, as we are overwhelmed by the pace of our age, the constant clamor of disconnected information, and the growing prevalence of ungodly influences over almost every aspect of society. Some super-spiritualize their copping out by invoking God’s sovereignty as if God desires passivity instead of faithful engagement. Others misapply grace and forgiveness as if God glosses over every action of ours to the point that nothing matters. Whatever the reason, we don’t do “10-10-10”, because we don’t believe it will make a difference.

But our decisions have real consequences and those consequences matter. We live in a truly meaningful universe – one in which God calls us to engage, and engage as thinking beings. We need to take responsibility for our actions, not just after the fact, but beforehand.