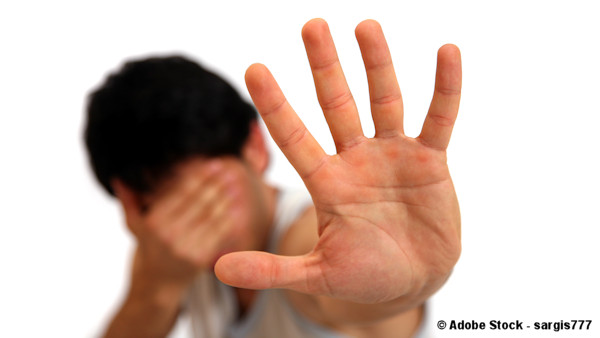 And I said: “Woe is me! For I am lost; for I am a man of unclean lips, and I dwell in the midst of a people of unclean lips; for my eyes have seen the King, the LORD of hosts!” (Isaiah 6:5)

This week’s parsha (Torah reading portion) includes one of the greatest revelations of God of all time, when he personally spoke the Ten Commandments to the people of Israel at Mt. Sinai. This might surprise you, but the people’s reaction was not a positive one. They said to Moses, “You speak to us, and we will listen; but do not let God speak to us, lest we die” (Shemot/Exodus 20:19). Many years later, as we read in this week’s Haftarah (accompanying reading from the Hebrew prophets), the prophet Isaiah also had a revelation of God to which he too reacted negatively. Drawn into God’s presence, he immediately became aware of his own inadequacy.

We might think that encountering God so vividly would be wonderfully delightful as if to see him in this way would shed us of all doubt and place us on an unwavering path of spiritual enlightenment. The Bible tells us a different story, however. Most often when God or a heavenly messenger appeared to someone, they freaked out. Is that because God is just plain scary? Certainly, to be confronted with such unusual phenomena can be unnerving, but that’s not the main reason.

Peter had a similar experience with Yeshua early on in their relationship (see Luke 5:1-11). Yeshua was teaching by Lake Kenneret (the Sea of Galilee). Peter was already aware of Yeshua and the possibility that he was the Messiah but hadn’t yet joined the inner circle of disciples. To harness the acoustics of the surroundings, Yeshua asked to teach from Peter’s fishing boat on the water. We are not told what he taught, but when he was done, he told Peter to cast his net into the water for a catch – the carpenter rabbi telling a professional fisherman how to fish. After Peter made it clear that he thought it was a silly idea, out of deference to the Teacher, he did as instructed. The result was such a quantity of fish that their nets began to break and the boat began to sink. At this point perhaps Peter should have been ecstatic, thinking Yeshua could make him very rich. But that’s not what happened at all. Instead, he responded like Isaiah. Overwhelmed by his sense of inadequacy, he asked Yeshua to go away.

But why? Why do these magnificent displays of God’s power repel people instead of drawing them to himself? We don’t know if it had anything to do with what Yeshua taught in Peter’s boat. I doubt that was the issue, seeing how Peter acquiesced to his directive. Nothing appeared to be amiss until the miracle occurred. There also didn’t seem to be anything in what Isaiah heard that was a direct reflection on him. In both cases their encounters with God’s reality resulted in deep awareness of their personal inadequacy.

Have you ever arrived at a formal social event, thinking it was to be casual? As soon as you see the other guests in their finery, you immediately become aware of your state. No amount of assurance from the host could divert your attention from your self-focus. Instead of reveling in the beauty of the occasion, all you can think of is your unworthiness due to your condition. This is what happened to Isaiah and Peter, but not based on anything outward. The brilliance of God’s essence illuminated their internal condition, exposing their unworthiness to be in his presence.

This demonstrates how one of, if not the, obstacle to people coming into right relationship with God is not God, but self. We can list all sorts of difficulties along the road to knowing God. But none is greater than our hesitancy to face ourselves. And this applies not only to the atheist and agnostic, but to the believer as well. Isaiah and Peter weren’t hostile to God and his ways. Wherever they were at in their lives of faith, they were being called to something more – a road that first took them to themselves before they could move on.

And move on they did, because they were honest about their condition. However devastating this was, they were able to admit their failings. God then made the next move, enabling them to get on with the next stage of their journey with God.

Wherever we may be in our journey with God, don’t be surprised if the next person you meet along the way is you.