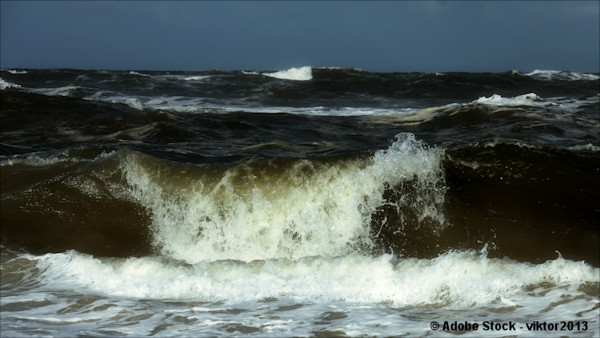 Then the LORD said to Moses, “Tell the people of Israel to turn back and encamp in front of Pi-hahiroth, between Migdol and the sea, in front of Baal-zephon; you shall encamp facing it, by the sea.” (Shemot/Exodus 14:1-2)

You may be familiar with the oft-quoted, eighteenth-century hymn that begins with “God moves in a mysterious way; his wonders to perform.” This captures the difficulty of understanding what God is doing amidst difficult circumstances. A life of faith can be a life of confusion as we face the tension of the love and goodness of God with the pain and sorrow we must endure at times.

As we grapple with this, there is an aspect of God’s intentions that we may miss. Our failure to fully reckon with these intentions may prevent us from walking through difficulty as effectively as we should. At times we regard coping with difficulties as sufficient, when what God wants is something way more than that. Godly endurance isn’t necessarily passive, as if the best course of action when facing a storm is always hunkering down waiting for it to pass.

This is not what God wanted the people of Israel to do when they faced the impossible situation of being between the Egyptian Army and the Red Sea. Moses seemed to think all they needed to do was to stand there, trust God, and all would be well. Certainly there are such incidences in the Bible, but this is not one of them. Here, God told the people to go forward towards the Sea. We know what was going to happen, because the story is so familiar. We also have the luxury of being able to read this on paper, not live through it as they did. Imagine, God’s expressed will was to head toward the water.

This is not simply a case of finding yourself in a difficult situation, confused by circumstances, wondering where God might be in it all, as you try to find comfort in sayings such as “God moves in a mysterious way.” This is not simply an opportunity to cope with the broken nature of life. This is God thrusting his people into what appears to be the jaws of death, while expecting them to do the impossible.

God is not hiding in the shadows here. He is smack in the middle of this terrifying situation, calling his people to go for it as never before. Hey, the water’s fine! You only think you’re committing suicide. Get going; you are about to do the impossible!

I don’t think Israel had much choice with this one. To disobey the command to move forward toward the sea meant annihilation by the Egyptians. We also at times find ourselves moving forward toward the impossible in spite of ourselves. How many terrifying things have we had to face only to experience the power of God to get us through?

I wonder if there might be other times, when God wants to thrust us toward the impossible, but because there is no army threating our backs, we pull back. Overwhelmed by apparently insurmountable challenges, we miss the opportunity to accomplish what God has for us. Can that happen? It happened in the Bible. Think of this same group of people, who about two years later lost their opportunity to enter the Promised Land due to fear and lack of faith (see Numbers 13-14). One of the issues at that time was they doubted God’s intentions in calling them to face the impossible, thinking he was out to destroy them. Sounds ridiculous to us now, but at the time the impossible can be so overwhelming that we lose sight of God’s good intent.

God calls for a faith in keeping with the great and awesome God he is. Yeshua told his followers during his last Passover with them, that after he was gone, they would do greater works than he did. Instead of shrinking the word “greater” into tiny packages we can handle, we should allow the enormity of his statement to saturate our beings. Not only does God want us to do “greater works,” he fabricates the situations in which they are to occur by thrusting us into the impossible. That’s impossible for us; not impossible to God. It’s time to move forward!