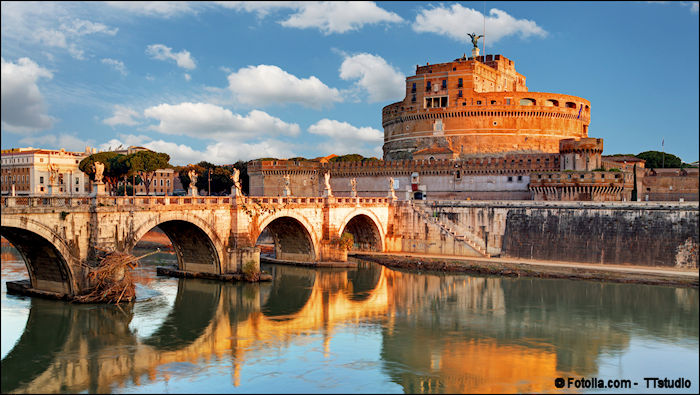 When the LORD your God cuts off before you the nations whom you go in to dispossess, and you dispossess them and dwell in their land, take care that you be not ensnared to follow them, after they have been destroyed before you, and that you do not inquire about their gods, saying, ‘How did these nations serve their gods?—that I also may do the same.’ You shall not worship the LORD your God in that way, for every abominable thing that the LORD hates they have done for their gods, for they even burn their sons and their daughters in the fire to their gods. (D’varim/Deuteronomy 12:29-31)

There is a good deal of wisdom in the saying, “When in Rome, do as the Romans do.” Before venturing into a foreign culture, we are well-advised to learn as much as we can about local customs and conventions to avoid misunderstanding and cause unnecessary offense. This principle doesn’t only apply to travelling to distant places. Interacting with neighbors and co-workers may require crossing very long cultural bridges in order to communicate effectively. Many years ago, the young lady who would one day become my wife had a roommate, the daughter of Canadian parents, who grew up in a South American country. The roommate was aghast when she first saw someone use the common gesture of making an “o” with their thumb and forefinger to signify “okay.” This was because where she grew up, such a gesture was vulgar (it didn’t mean “okay”!). Obviously, should we ever venture to that country, we would avoid the gesture, even though to us it is completely innocuous.

Tragically, many well-intentioned (and not-so-well-intentioned) people have caused a significant amount of damage due to ignoring the sage advice of “when in Rome, do.” Oft times it’s due to ignorance, other times to moral superiority. There is no excuse for the former, though hopefully such sins are worthy of patience and forgiveness. Moral superiority, on the other hand, is far more complex.

It is too simplistic to apply “when in Rome, do” to every context, however. For example, while eating and drinking like a local is a wonderful way to connect with people of other countries and cultures, it can be deadly. Locals have adapted to their environment over time. And while “when in Rome, do” may be a lovely gesture, it is not okay in this case. But accepting one’s inability to immediately acclimatize to a foreign environment is also no excuse for showing arrogant disdain towards cultural differences. Business people and missionaries have often been infamous for this kind of insensitivity. Perhaps they have good things to offer that would indeed greatly benefit the target culture, but carrying one’s self with an air of superiority tends to offset whatever potential benefits there may be.

God’s word to ancient Israel was clearly, “When in Rome, don’t.” However offensive this is to modern readers, God was establishing a morally and spiritually superior culture in what had been known as the land of Canaan. The wickedness of the people Israel was to dispossess was so extreme, Israel wasn’t even to ask about it.

However you might think about such an approach, this chapter of God’s epic story was unique. Israel was to establish a new culture untainted by other spiritual and moral influences. That this failed is a different chapter for another time. Skipping over the failure chapter for now, God’s story eventually sees Israel moving beyond its borders into the rest of the world. This is a key aspect of the epoch launched by the coming of the Messiah. Following Yeshua’s resurrection, the time had come to venture toward Rome (actually and figuratively).

So, when in Rome, is it “do” or “don’t”? On one hand it was “do,” as it was necessary to enculturate the truth of God. On the other hand, it was “don’t,” as it was also necessary to preserve the essence of that truth. The challenge in those early years was how best to embody God’s word within foreign cultures without compromising it.

Today, there tends to be more emphasis on cultural adaptation. As a result, those components of Scripture deemed problematic are downplayed or completely discarded. Israel’s earlier call to absolute purity is regarded as obsolete if not altogether misguided. This fails to appreciate the necessary preparation God’s people needed to experience in order to equip them one day to make the positive difference among the nations in the name of the Messiah.

The early Jewish believers wisely embraced the delicate balance of communicating the uncompromising truths of God within foreign, not to mention hostile, cultural settings. They understood those elements of Scripture that were uniquely Jewish, while identifying those which were universal. They knew “when in Rome, do, but sometimes don’t.”