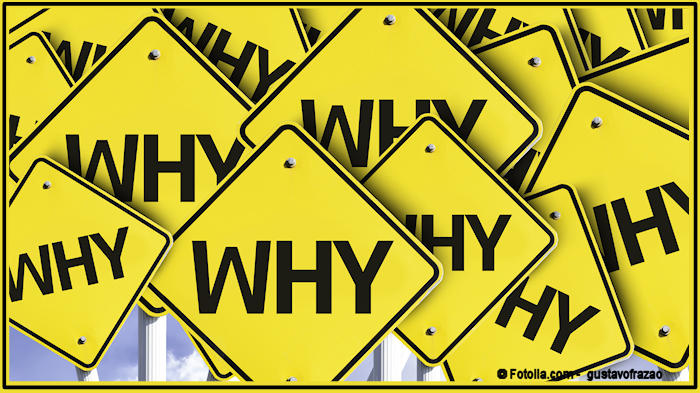 Getting the facts straight about what’s going on is difficult enough, but understanding why they happen is just about impossible. But that doesn’t stop people from constantly trying to determine the reasons behind the circumstances of their lives. Whether it be informally with friends or through the media, we don’t always notice how supposed facts are overlaid with opinion. That’s because human beings have an insatiable hunger to go beyond the plain facts and grasp the “why”s behind them.

Let me explain. Let’s take the story of Noah’s ark. The simple facts as the Bible reports them are as follows. After Noah and his family along with samples of each animal kind enter the enormous boat-like structure he built, heavy torrential rains plus underground water eruptions occur. The result is a world-wide flood that kills all the people as well as the land and air creatures. After a year, when the water subsides, Noah, his family, and the animals repopulate and recultivate the earth. Upon hearing of such a calamity, there are two types of whys we tend to want to answer. First, what caused these events in terms of natural causality. This is the kind of information offered to us by meteorologists as in, “a low-pressure system combined with a fast-moving cold front will produce significant precipitation and possible severe thunderstorms.” I made this up for illustrative purposes only and has no reflection on Noah’s weather. Noah’s flood was likely proceeded by unique weather patterns. I would call this kind of “why” a “what.” It’s a description of what circumstances occurred that resulted in another set of circumstances. While we may find this informative and provides a sense of understanding, it’s not really a why. If I total my new car in a crash, my asking, “Why did this happen to me?” is not a question about the cause and effect of physical properties that led up to my situation. Your telling me about road conditions, mechanical failure, and human distraction will not satisfy my why.

Whether it is the story of Noah’s ark or Israel’s conquest of the Promised Land as discussed by Moses in this week’s parsha (Torah reading portion), the Bible provides the whys we often look for. Whether it is the whys we like or agree with is another matter. Unlike the human opinions we are constantly bombarded with every day by friends, co-workers, and journalists, the Bible gives us the actual whys.

God anticipated Israel’s why regarding their soon-to-be accomplishment. Understanding human nature, he knew that Israel’s success would be interpreted by them to mean that they were better than the peoples they conquered. Wrong! Their victory was solely based on two things. First, the current inhabitants were so wicked, that, similar to the vast majority of people in Noah’s day, they had to be wiped out. It’s so easy for survivors, not to mention conquerors, to think they are morally superior than the conquered. But looking at the plight of others in order to puff up our view of ourselves is completely misguided. The second reason for Israel’s accomplishment was that God was fulfilling his land promise to Abraham, Isaac, and Jacob. Both whys undermine any attempt at interpreting God’s blessings as a sign of personal superiority.

I wonder how many of our whys are informed by a false sense of self. Whatever our life’s circumstances are, we are not better than anyone else. Most of the time, we don’t know why things happen. Tragically, that doesn’t stop us from spouting off misinformed opinion. It seems we are more interested in answers that satisfy us than in the truth. Why is that?

For further discussion on this topic, watch this edition of TorahBytes Live: