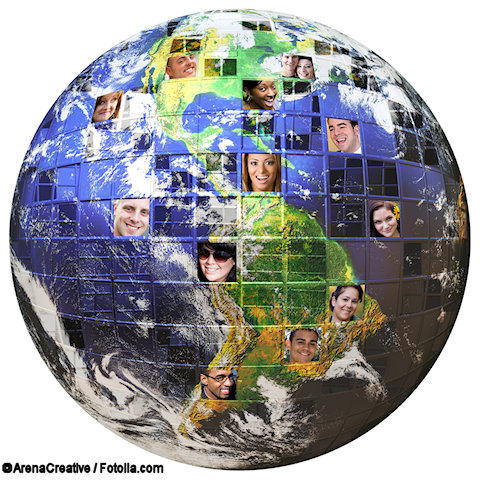 According to this story, which takes place early within the Torah’s timeline, the people of the earth originally lived in the same geographical vicinity. The motive behind the Babel project was not what I was told when I was a child back in the days when Bible stories were still read in public school. I was led to believe that the people wanted a high tower to keep them safe in case another flood similar to Noah’s would occur. The biblical text records nothing of the sort. The actual reason is clearly stated: “lest we be dispersed over the face of the whole earth” (Bereshit/Genesis 11:4). This was in direct opposition to God’s earlier directive to do just that (see Bereshit/Genesis 1:28).

The people were also looking for identity in their building project’s goal of corporate security. What they thought was to their benefit God regarded as inevitably destructive. And so, he deemed it necessary to intervene for their good and that of future generations. He disrupted their ability to communicate. Until then all people of the earth spoke the same language. The resulting confusion led to the people gathering in separate communities that eventually migrated to different geographical regions. Thus the people groups of the world came to be.

The circumstances behind the development of nationalities may lead some to conclude that language and cultural differences between peoples is a negative thing. That the steps to this disparity began with disobedience to God is clear. Moreover, since then until now, language and cultural differences have certainly contributed to conflict between peoples. But is peoplehood diversity in and of itself bad? Let’s consider what would have happened if people would have “filled the earth” without the God-imposed confusion. Is it reasonable to assume that the people of the world would have retained the one original language forever? As distinct communities formed in various regions of the earth, accents and dialects would have quickly developed. Also, diverse geographical regions demand unique vocabularies. For example, sea-faring people create tools unknown to mountain folk and vice versa. Clothing common to one climate is often unheard of in another. Differences in language emerging from such contrasting needs and challenges are foundational to the formalization of culture and distinct peoplehood. Therefore, the development of diverse people groups would have happened even without the Babel project.

The complex mosaic of cultures was destined to occur under God’s providence with or without our ancestors’ initial cooperation. That the development of people groups over time is of God is not to imply that everything about every culture is always good. The curse has tainted the creation including culture. But in spite of the ways culture has been corrupted, the fact of national diversity is by God’s design.

False notions about what the Bible calls the “age to come” (see Mark 10:30, Hebrews 6:5) have also tended to undermine our appreciation of the global mosaic. Imagining the human story as moving toward the re-establishment of a unified nation of one language and culture creates an ideal that is contrary to God’s expressed purpose for humankind. In the Bible’s version of the age to come, following the Messiah’s return, the resurrection, and the final judgement, when sin and death are no more and global peace is permanently established, nationalities continue. The description of the New Jerusalem includes: “By its light will the nations walk, and the kings of the earth will bring their glory into it” (Revelation 21:24). These are not individuals formerly of people groups or kings who used to be of distinct nations. The development of nationalities as overseen by God in history is retained.

This is not to say that there is no room for the mingling of nations. From economic trade and cooperation to intermarriage, there is no indication in Scripture that national distinctions are to be closed and outsiders kept out. At the same time, cooperative ventures should show respect for cultural differences of all parties.

Beware therefore, of noble sounding global unity movements. Any attempt by church or state to homogenize people groups is to undermine the will of God and robs the complex and diverse human family of our distinct and unique histories and the special contributions we have to share with the rest of the world.