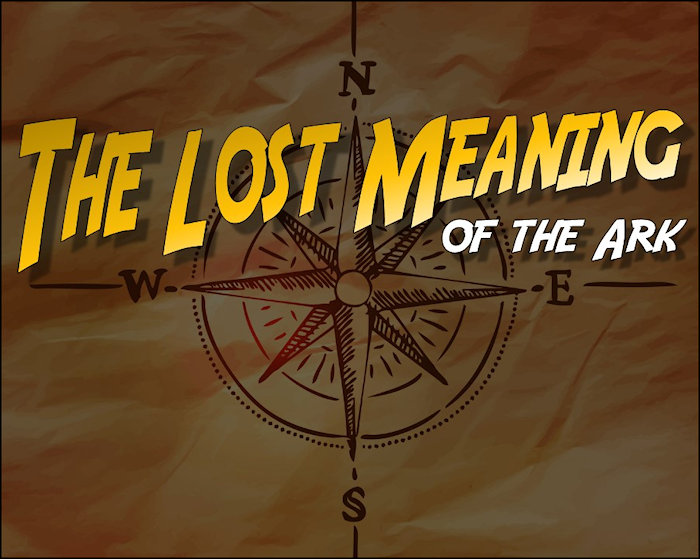 And in the ark you shall put the testimony that I shall give you. (Shemot/Exodus 25:16)

You probably have heard of the Ark of the Covenant, if not from the Torah, then in the series of movies, starring Harrison Ford. You may know that it was a gold-gilded chest that God commanded the Israelites to build in the wilderness. Eventually it was kept inside the inner sanctum of the Mishkan (English: Tabernacle) and later the Temple. Inside it were special items: the tablets of the Ten Commandments; a sample of the manna, the special bread-like substance God provided during the years of wilderness wanderings; and Moses’ brother Aaron’s rod that budded, the miraculous symbol of God’s confirmation that his descendants were to be the cohanim (English: priests). But of these three, the primary meaning of the ark had to do with the Ten Commandments.

What do you think of when you think of the Ten Commandments? God’s ancient rules? While they certainly contain God’s directives for ancient Israel at least, if not beyond, understanding them as simply commands, directives, or principles misses the point. While in no way diminishing their life-benefitting power, they had a much greater function within the community of Israel.

The Ten Commandments, especially in tablet form, stood for the whole of the covenant that God established with Israel at Mt. Sinai following their rescue from bondage in Egypt. This is why a common descriptor for the ark was “aron ha-brit” (the Ark of the Covenant). The tablets were a tangible sign of the relationship God established with Israel as their Rescuer. The presence of the ark, containing the tablets, was an ongoing reminder of God’s commitment to his people and their obligations unto him in response.

Here’s something I didn’t realize until recently even though I have read the relevant passages so many times in the past. While “Ark of the Covenant” is the most common name for the ark, it is not the most common in the Books of Moses, especially in Shemot (Exodus) where it is first introduced. The earliest references to the ark are as “aron et ha-edut” (the “Ark of the Testimony”). While some may regard “testimony” here as another way to express “covenant,” which is perhaps why we refer to the Old and New Covenants as Old and New Testaments, that misses the point.

A testimony is a witness unto something. Witnesses in court give testimony. They say what they saw; they tell us what happened. Advertisements often provide testimonies as in “I used this product and it works exactly as claimed.” The tablets of the Ten Commandments were designed by God first and foremost as a testimony. What they state is essential, but that God stated them, that they are his testimony of his existence and his committed relationship to Israel, is what they are really all about.

The Ark of the Testimony was evidence of the reality of God and that he spoke to the people of Israel through Moses. The Ten Commandments were never to be reduced to a system of principals or to be regarded as a set of wise sayings. They are that, but they are so much more: they are the very communication of the one true God.

As the Ten Commandments testified to God’s reality, so should we. Our lives should be a testimony to who he is, what he has done, what he is doing, what he has said, and what he is saying. As God’s foundational demonstration of himself is a communication of himself and his will, so we too should reflect who he is and share his word with anyone and everyone. As far as we know the ark is lost, but we are not. Let us be the People of the Testimony.