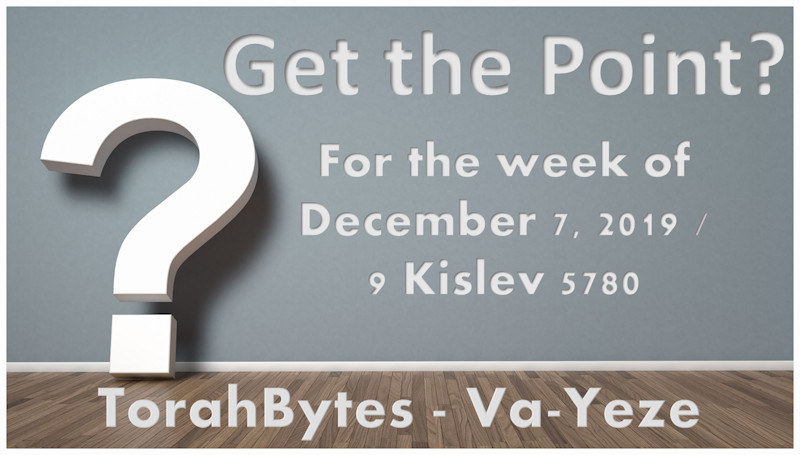 Then Jacob awoke from his sleep and said, “Surely the Lord is in this place, and I did not know it.” (Bereshit/Genesis 28:16)

I love how genuine biblical characters are. The so-called “heroes” of Scripture are presented to us with all their normal human imperfections and idiosyncrasies well intact. This is in keeping with the Bible as a reflection of reality. Through it we encounter God’s only authorized written insight into the universe as it really is.

One of my favorite Bible characters is Jacob. Like most people, he is not easy to understand. Son of Isaac, grandson of Abraham, father of the twelve tribes of Israel, he was destined by God to be a key link in the chain of God’s plans and purposes. One of the things that I love about him is that faith in the God of his father and grandfather didn’t come easy to him. While he certainly accepted God’s existence, he didn’t want anything to do with him personally.

What he did want was first place in his relatively small family. Perhaps it was all for the double portion of inheritance that would customarily be the right of the firstborn, which he was not, having been the younger twin. He may not have understood the full ramifications of this given God’s promise of blessings given years earlier to Abraham.

Whatever he understood, his competition with his older brother, Esau, eventually got him into big trouble. At his mother’s urging, he took off for her hometown of Haran in Mesopotamia to avoid his brother’s murderous threats. As he began his journey, while still within the region of the Promised Land, he had a dream in which God confirmed that he would indeed be the bearer of the covenant. God also assured him that he would be with him and bring him back to the land. Jacob’s response implied that he had not yet committed his life to God (see Bereshit/Genesis 28:20-21)

His personal ambivalence towards the Creator in no way undermines the experience he had that day. Note that while he had no difficulty accepting God’s existence, he held off deciding whether to submit to him as master of his life.

Still, upon waking up, Jacob exclaimed: “Surely the Lord is in this place, and I did not know it.” He goes on to say: “How awesome is this place! This is none other than the house of God, and this is the gate of heaven” (Bereshit/Genesis 28:17). He seems to have believed he had come upon some sort of portal, a special access point between heaven and earth. From my reading of the whole Bible, I don’t have any reason to conclude that such portals existed. What Jacob experienced was real in so far as God truly spoke to him, but whether what he saw was actually there is improbable. This is different from the story of Elisha the prophet and his servant where in answer to Elisha’s prayer the servant was able to see the present, though invisible, heavenly army that was supporting them (2 Melachim/ 2 Kings 6:8-19).

Jacob was more taken by the phenomenon than apprehending God’s intent through this experience. He made a fuss about the location but missed the point. God was pledging his presence and faithfulness to Jacob that he had first communicated to his father and grandfather. And yet Jacob put off entrusting himself to God until and only if God came through for him.

I wonder how often God does things in our lives, but we don’t get the message. We tell stories about unusual situations and strange coincidences which may convince us of God’s existence, but we don’t necessarily accept what it is that he is seeking to do through them. The way he shows up at times is often designed to teach us that he is with us even when we aren’t so aware of his presence. How much does he need to do before we get the point?