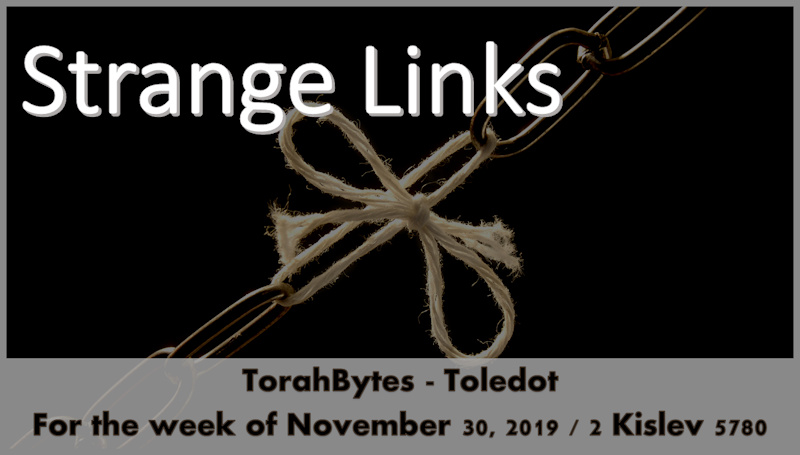 Sojourn in this land, and I will be with you and will bless you, for to you and to your offspring I will give all these lands, and I will establish the oath that I swore to Abraham your father. (Bereshit/Genesis 26:3)

Two weeks ago we looked at how Isaac may have been traumatized by his father Abraham’s divinely inspired attempt on his life. While Abraham was commended for his great faith, Isaac had to live out his days with the memory of the knife over his heart. The aftermath of “the knife” was not Isaac’s only challenge. While he is remembered as one of Israel’s forefathers, his name forever associated with the God of the Bible, who referred to himself as “the God of Abraham, Isaac, and Jacob”, his life functions more as a link between two more significant characters. Abraham started it all, leaving family and the familiar to go into the great unknown. It is his faith, trusting against all odds that God would make him a great nation that would bless the whole world, that is the foundation of the faithful ever since. His son Jacob’s life was filled with drama, much of which was his own making, misguidedly striving after the promised blessing until God worked great change in his heart. He was the father of the twelve tribes of Israel and was part of the major transition to Egypt where the small clan would become a full-fledged nation. Isaac’s life was much more passive. He is best known for lying on the wood while his father prepared to sacrifice him. As far as we know he never received accolades for his submission. Later, in his old age, he was deceived by his own son Jacob who stole his older twin brother Esau’s blessing.

Isaac’s drama was more in what happened to him than by him. Yet God did give him some specific directions, as quoted at the beginning. Here it is again with a bit more context:

And the Lord appeared to him and said, “Do not go down to Egypt; dwell in the land of which I shall tell you. Sojourn in this land, and I will be with you and will bless you, for to you and to your offspring I will give all these lands, and I will establish the oath that I swore to Abraham your father” (Bereshit/Genesis 26:2-3).

These words were given at a time when Isaac was likely considering leaving the Promised Land for Egypt due to famine. We cannot overemphasize how difficult it would have been to remain there with the prospect of no food and the challenge of finding water, some of which is documented for us in this week’s parsha (Torah reading portion). But the harsh environment was not his biggest challenge. It was his cultural isolation. For God to tell him to “sojourn in the land,” is to acknowledge his alienation from the rest of the population.

The Hebrew word translated as “sojourn” here is the verb “gur” and is related to the noun for “stranger” or “alien.” It reflects a sense of not belonging. Later on Israel would be directed by God to treat sojourners well because they had been sojourners in Egypt: “You shall not oppress a sojourner. You know the heart of a sojourner, for you were sojourners in the land of Egypt” (Shemot/Exodus 23:9).

It was Isaac’s task to live his life without a sense of belonging, to stay within prescribed boundaries in spite of whatever difficulties he might face there. God assured him that he would be with him, to bless him and his offspring, to whom he would give the Land just as he promised to his father Abraham (see Bereshit/Genesis 26:3-4).

Living life with a sense of not belonging can be very difficult. Isaac was called to stay faithful to God in a society that would always regard him as an outsider. But he needed to stay put and live one day at a time. And so do we.

In the New Covenant Writings, Peter writes: “Beloved, I urge you as sojourners and exiles to abstain from the passions of the flesh, which wage war against your soul” (1 Peter 2:11). As God’s people, we are like aliens on this planet as we are not to become absorbed into the prevailing culture. This can be very uncomfortable at times, especially when, like Isaac, our immediate circumstances may not be that exciting. Yet, there is no telling how significant our link in the chain may be.