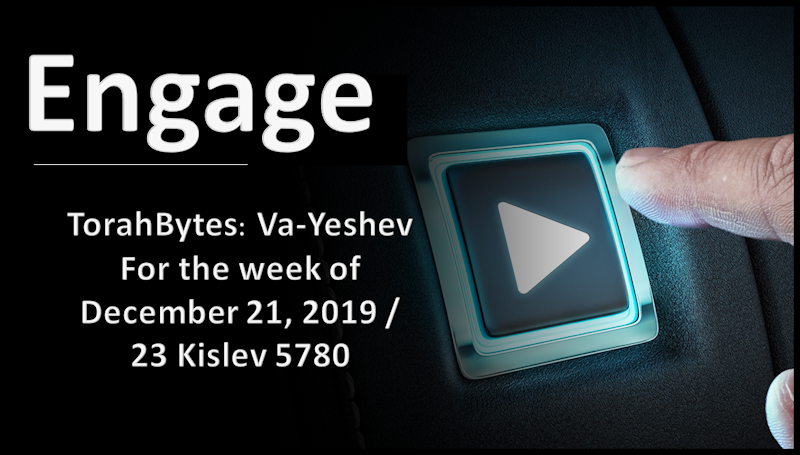 Sometimes I ponder the circumstances that led to two of my most important life experiences: my coming to know the Messiah and connecting with the young lady who would become my wife. What this has to do with Joseph and this week’s parsha will become clear eventually. So many unusual twists and turns brought me to hear about Yeshua for the first time in September 1976, including my parents’ breakup and my own issues with my father, which opened me to accept my mother’s desire to move to Florida from Montreal in tenth grade. But when the better life we sought didn’t pan out, we returned six months later. The instability of that time fueled by my own distraction led to my repeating my senior year of high school, which gave me a new circle of friends, one of whom would later have a boyfriend from California, who upon visiting Montreal shared Yeshua with me. All this helped set up my sort-of first-time meeting with Robin. I say “sort-of” because as children, we both had been in the same Yiddish school class, three days each week following public school. After coming to know the Lord, I happened to be in a Bible study where she was mentioned in a prayer request, which is how I found out she too was a new believer. A few months later her name came up again when I overheard her being invited to an event I was involved in, which led to our meeting as believers for the first time. We will be celebrating forty years married this May!

Some people of faith use stories like these to talk about God’s guiding hand in our lives. So many of the of circumstances of these crucial life changes were out of my control. Life can feel like the living out of a script at times. But this is not my point here; nor is it what I want to demonstrate from Joseph’s life. In each of my examples, there is an influence I left out: me. On the morning of the afternoon I received Yeshua, I was sitting in my room wondering what to do that day. I had become friends with another friend’s cousin who had been visiting from out of town and was returning home later in the afternoon. The friend was part of the new circle I mentioned earlier. I had already said “good-bye” to the cousin, but on a whim decided to phone to see if I could hang out with him before he left for the airport. I could have easily dismissed the thought of calling, not wanting to intrude. But I didn’t. I called. I went over, not knowing I would soon interact with the boyfriend from California who would share with me the message that would change my life forever.

The day I met Robin, I had overheard two girls hovering around the phone (which was on the wall in those days) and learned that they were trying to coax her to come to the event that night. Too tired, she said, “No.” I can’t remember how I found out it was she with whom they had been talking. But when I did, I asked them to get her back on the phone. She, being intrigued by the possibility of meeting another Jewish believer, came after all.

I don’t bring up my contribution to these events to take credit. Obviously, each are way too complex for that, but what would have happened if I wouldn’t have called the cousin or asked to the girls to call Robin back? We’ll never know, of course. Just like we’ll never know what would have happened if Joseph hadn’t told his dreams to his brothers.

I have been in two or more minds with regard to Joseph. Was he a purely innocent victim to his brothers’ murderous jealousy fueled by his father’s nearsighted favoritism? Was he a spoiled younger brother taking advantage of his father’s favor? Was he overly naïve, clueless of how his brothers would react to his dreams? His story doesn’t include the kind of commentary required to draw firm conclusions. All we know is that he was open about his dreams. Unlike my stories, Joseph’s involvement led to some very painful experiences. But in the end the fledgling nation of Israel and that whole region of the world were rescued through his superior administrative prowess in the Egyptian government. This all came through the remarkable twists and turns spurred by his sharing of his dreams.

I wonder how much life we are missing out on due to our lack of engagement. Are we paying sufficient attention to what’s going on around us? How many of us are far too tentative, much too passive, and too hesitant in responding to life’s circumstances. We don’t speak up or get involved, because we are too cautious. We can’t necessarily set up the events of our lives, but unless we engage the opportunities placed before us, we will never fully live.