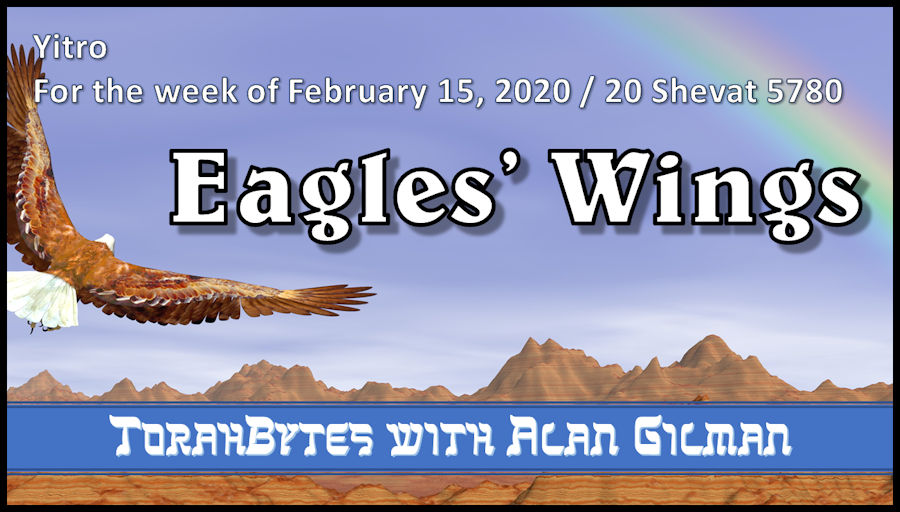 You yourselves have seen what I did to the Egyptians, and how I bore you on eagles’ wings and brought you to myself. (Shemot/Exodus 19:4)

This has to be one of the more beautiful metaphors in the entire Bible. Israel, oppressed from generations under Egyptian taskmasters, helpless to alleviate their plight, cry out to the God of their ancestors for deliverance. The years go by and things go from bad to worse. Then the day comes; God to the rescue! Despite all odds, the Master of the Universe swoops down seemingly out of nowhere and miraculously carries the nation on his back to freedom.

Beautiful metaphor indeed, but that’s not what happened. Miraculous, yes. However it was much more of a process and a difficult one at that. From Moses’ first being given the exodus mandate to getting support from the Hebrew elders to Pharaoh’s stubborn refusal to the ten plagues, culminating in the death of Egypt’s firstborn and their departure. Not completely free of their oppressors, they are then pursued by the Egyptian army that drowned in the parting of the Red Sea, while Israel made it safely to the other side. While this finally disconnected the liberated slaves from Egypt for good, the difficult process continued as they were learning to trust God for his miraculous provision and care in an uninhabitable wilderness on their way to Mt. Sinai and the Promised Land.

What is this about eagles’ wings then? I could imagine scholars musing over how such an image is nothing more than a mythic version of the exodus put into God’s mouth centuries after the fact. I am very aware how after a period of time the sting of hardship fades from memory and we just remember the good parts – and then the good parts are remembered so much better than they actually were. The problem with this train of thought is that the painful details weren’t forgotten. They have been well-documented and preserved from then until now.

How then could such an expression as “I bore you on eagles’ wings” be appropriate? Perhaps we picture riding on eagles differently from the Israelites of old. They wouldn’t share our Hollywood-influenced view of such an experience. In my mind I see the film version of “Lord of the Rings,” where near the end of this epic, Gandalf rescues Frodo and Sam with gigantic eagles that scoop them up with their talons, carrying them to safety as they blissfully soar through the sky. The Israelites, on the other hand, likely have related to “eagles’ wings” differently. Whether they pictured normal-sized eagles which would not be accustomed to carrying such loads or gigantic ones that are more the stuff of nightmares than what we see in Lord of the Rings, the image evoked may not have been a nice one. Instead, it might have included the precarious nature of the process they had to endure.

A more likely possibility is that the eagles’ wing picture of God’s rescue reflects the outcome and purpose of the exodus, not the process. This metaphor evokes an image of God’s intense and personal activity in bringing the people to Mt. Sinai where he would reveal his will to them, constitute them as a nation, and send them on a mission to establish themselves in the Promised Land. While the process was difficult, the outcome was never in question. He did whatever it took to accomplish his will. While the process was never forgotten, the impossibility and success of the exodus makes being carried through the sky an apt image after all.

No wonder many years later the prophet Isaiah would recall such a picture to encourage his generation of Israelites that their divine rescue was coming: “but they who wait (meaning “hope”) for the LORD shall renew their strength; they shall mount up with wings like eagles; they shall run and not be weary; they shall walk and not faint” (Isaiah 40:1). In this case the people themselves become eagle-like as the power of God fills them with his powerful presence. But remember eagle-like doesn’t automatically mean easy or simple. Yet, however difficult the process may be, God will get you to where you need to go.