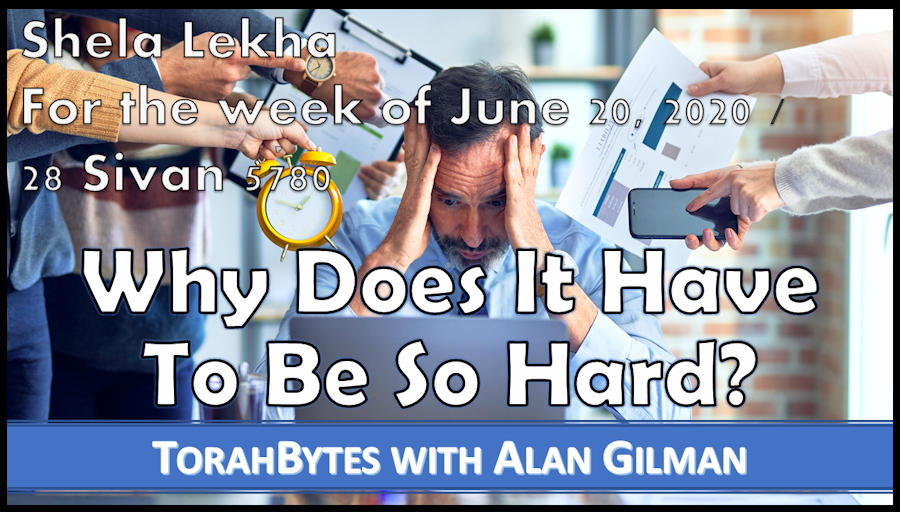 This week’s parsha (Torah reading portion) includes one of the greatest fails in the Torah. The people of Israel are on the cusp of acquiring the land God promised to their ancestors, Abraham, Isaac, and Jacob, hundreds of years before. No other people in history had ever experienced the favor and power of God as they did. Having been subjected to the bitter bondage of slavery their whole lives, they saw their God pummel Egypt with devastating plagues until the stubborn king finally allowed them to leave. And that was just the beginning! They were then personally led by God by way of a pillar of cloud during the day and a pillar of fire at night. He parted the sea, enabling them to cross to the other side on dry ground, from where they watched that same sea drown the Egyptian army, terminating that threat for good. Each day, except on Shabbat (English: the Sabbath), they woke up to a miraculous nutritious meal of manna. God also provided them with water when none was available be it by transforming poisoned water into fresh or bubbling forth from a rock. The one time they had to endure battle, their victory was in direct relationship to Moses’ prayers despite their complete lack of fighting experience, having been slaves until recently.

Many of these acts of God’s power occurred in the context of a great need or a dangerous situation. Yet, each and every time, God surprisingly and wonderfully came through for them. Now, they face their greatest challenge thus far, the conquest of the Promised Land. While the twelve scouts who were sent in ahead to check out the situation all affirmed God’s claim of the quality of the land, ten of them were overwhelmed by the land’s inhabitants and succeeded in intimidated the people to the point that they weren’t willing to face this challenge at all.

I have no personal quibble with the people. I cannot judge their fear as if I would have done anything different. Their assessment of the situation was reasonable based on the facts on the ground. Yes, God helped them in the other difficult situations, but nothing of this magnitude. They obviously lacked the manpower, the equipment, and the knowhow to face such a challenge.

But those are the facts on the ground. That’s not taking into consideration the facts in heaven. Had not God proved to them that he, the greatest power in the entire universe, was with them? If God had indeed directed them to take the Land, they couldn’t lose. Yet, it would take a level of trust in God that few people, if any, had ever exercised. They decided they wouldn’t either. The result was thirty-eight more years of wilderness wanderings until all the adults among them died out. This extremely difficult faith challenge would wait for the next generation. It would be no less difficult, but unlike their fathers and mothers, they would trust God and succeed.

But why would God subject his people to such a difficult task? While most of us will never face something as daunting as this, we all have to deal with various kinds of difficulties, many of which are extremely overwhelming. Why does life have to be so hard?

There’s no way that I can answer such a question adequately for everyone and every situation. There are all sorts of reasons why we face difficulties in life. Still, there is a universal principle that to ignore or to deny undermines our ability to effectively face such challenges. That universal principle is God is training all of us to be more than we are currently.

Human beings were originally designed by God to represent him and his interests on Planet Earth. When our first parents rebelled against him, the human family broke down. We became twisted, so to speak, and became subject to the very creation we were to rule over. Since then, God has sought to restore us to our assigned role of reflecting him. We haven’t been good at cooperating with his program. Regardless, he continues to work at reconstructing us.

What is true generally for all human beings is far more intense for those who are in close relationship with him. In the current age, that’s especially those who have been reconciled with him by faith in the Messiah. Believers at times tragically assume that “being saved,” puts us in a comfort bubble rather than a war zone. Yeshua followers shouldn’t be surprised or intimidated at finding ourselves on the cusp of battle, not necessarily a literal military one like ancient Israel in this week’s portion, but no less intense. God calls us daily to face down death and so become more and more the kind of people he wants us to be.

One thought on “Why Does It Have To Be So Hard?”