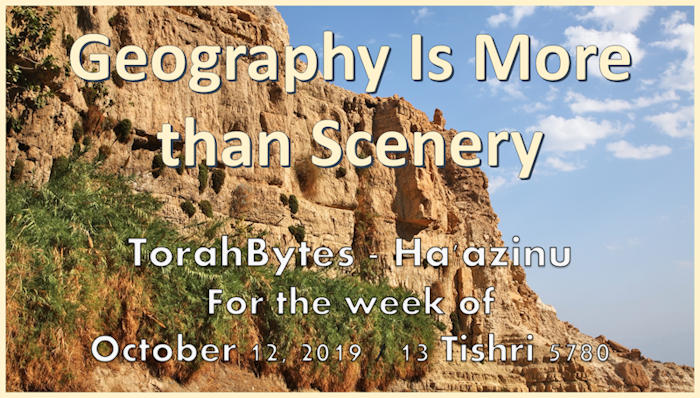 The LORD is my rock and my fortress and my deliverer, my God, my rock, in whom I take refuge, my shield, and the horn of my salvation, my stronghold and my refuge, my savior; you save me from violence. I call upon the LORD, who is worthy to be praised, and I am saved from my enemies. (2 Shmuel/2 Samuel 22:2-4)

I recently got back from my third trip to Israel. While there it struck me as never before how much the land itself is a key aspect of God’s revelation. The circumstances recorded in his Word took place in real time in a real place. That real place has unique geographical characteristics that provide more than just the scenery for its stories but help mold the divinely inspired experiences of its characters.

I am on a search for the perfect three-dimensional topographical map of Israel that I want to make an integral part of my Bible teaching. The dramatic geographical diversity within this relatively small country is breathtaking. It astounds me that in just over an hour you can drive from Jerusalem, which is about 750 meters (2,500 feet) above sea level to the Dead Sea, the lowest place on earth at about 400 meters (1,300 feet) below sea level. So much of the land north to south is mountainous, with exquisite, fertile valleys between. Israel is beautifully framed by the fertile Jordan Valley to the east, snow-capped Mt. Hermon to the north, the beaches of Mediterranean Sea to the west, and the resort town of Eilat on the Red Sea to the south.

The stories of the Bible take on greater depth as we understand them within their geographical context. For example, seeing the environment in which King David spent much of his time shows us that the way he describes God in some of his closing words is not the product of abstract spiritual musings disconnected from everyday life. On the contrary. David’s referring to God as his rock, his fortress, his stronghold is reflective of the very terrain in which he sought protection from his enemies.

On more than one occasion David fled to the Judean Hills for refuge. These hills are rugged, difficult to traverse with steep ravines. They contain caves perfect for hiding. Now nearing the end of David’s life, having experienced God’s protection and faithfulness through a great deal of trouble, he extols the protection God provided him in such places. He describes his experience of God in terms of the geography in which he sought safety. The vividness of these metaphors for God and what he did for David is fueled by the actual terrain. When David sought protection, he didn’t stand in an open field with his enemies encircling him as he called upon God’s angels to protect him or make him invisible. Rather he purposely went to the most secure locations he knew of. Yet in the end he didn’t give credit to the interesting geography, nor did he thank God for providing it. He rightly understood that the effectiveness of the natural lay of the land was from God. If God hadn’t guided him and protected him, then the highest mountain and most complex cave would not have helped him.

David had a deep understanding of God as creator. To know God was to know him within the world he made. At the same time, he never confused the creation with the creator. While serving God was something to be lived out in the physical world, life’s meaning and purpose could not be derived from what God had made, but from God himself. Yet to know God as David did, allowed him to stand within the creation in such a way that it vividly reflected the character and power of God without ever taking his place.