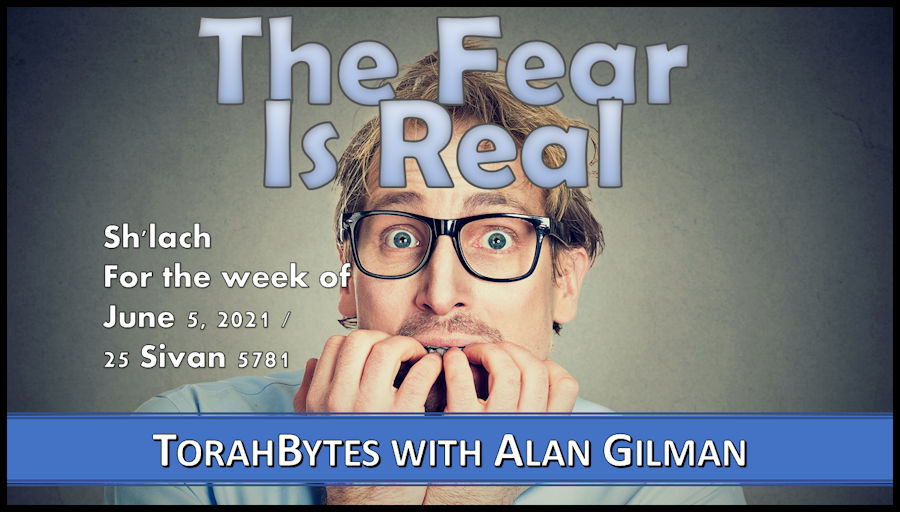 I don’t criticize the people who make up the negative examples in the Bible (of which there are many). While I would like to think that I would be a Moses confronting Pharaoh or a David challenging Goliath, I fear that I am far more like the grumblers in this week’s parsha (Torah reading portion).

I prefer to think that after seeing God’s power expressed so dramatically through the ten plagues, the crossing of the Red Sea, and in his wondrous provision of food and water, that when the time came to enter the Promised Land, I would be good to go. Walled cities? No problem! Giants armed to the teeth? No big deal. With the God of Abraham, Isaac, and Jacob on our side, it would be a cake walk. Weren’t Joshua and Caleb like that? They were among the twelve who had spied out the land. Even though the others brought back an intimidating report, seeing everything they saw, they were confident. I would like to be like them. But I have my doubts.

The problem, however, wasn’t that the people were scared. It’s that they didn’t submit their fear to God. When Joshua and Caleb urged them to not give into their fears, but to trust God instead, the people actually wanted to kill them.

We won’t learn lessons from other people’s failures until we can see them as a reflection of ourselves. How many challenges has God presented to us that we have rejected due to fear? How many times has fear dictated our decisions? It doesn’t have to be that way, however. It’s one thing to accept our frailty as human beings; it’s another thing to let it control our lives. It’s one thing to deny the reality of the fear we feel; it’s another to give in to it.

Caleb’s and Joshua’s confidence in God didn’t necessarily mean they had no fear. While there is no statement that I know of regarding their emotions in this instance, years later, as Joshua was preparing to lead the nation into the Promised Land, God tells him to “be strong and courageous” three times in the first nine verses of the book that bears his name.

I would like to think that the presence of courage automatically dispels the presence of fear, but between my understanding of the Bible and personal experience, it doesn’t seem to be the case. Fear is real, but it doesn’t have to have the final word.