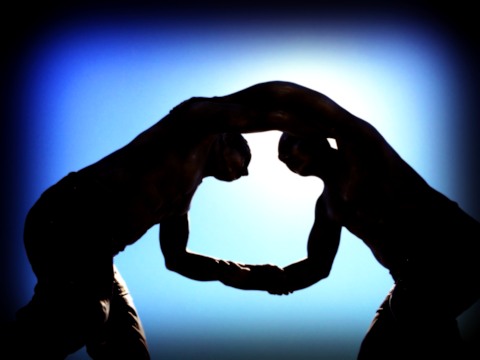 Then he said, “Let me go, for the day has broken.” But Jacob said, “I will not let you go unless you bless me.” And he said to him, “What is your name?” And he said, “Jacob.” Then he said, “Your name shall no longer be called Jacob, but Israel, for you have striven with God and with men, and have prevailed.” (Bereshit/Genesis 32:26-28)

Last week we talked about people like Jacob who intensely and incessantly strive to get their way even though their success is ensured because God is with them. While such lives produce so much good fruit, their basic insecurities due to their lack of trust in God tends to cause all sorts of unnecessary grief.

This was Jacob’s life until God got a hold of him, quite literally. Upon his return to the land of his birth, he heard that his twin brother Esau, along with four hundred men, were on their way to meet him. Jacob was pretty freaked out, for it was fear of his brother’s murderous threats that caused him to run away twenty years earlier. So true to his self-focused manipulative self, he devised a scheme in an attempt to placate Esau while also maximizing his personal security. While spending the night alone after placing his large family, entourage, and a river between himself and his dreaded brother, a mysterious individual who we eventually learn is God, begins to wrestle with him. How fitting for a person like Jacob who has been wrestling his whole life. From what we know about God from the rest of Scripture, this story makes no sense. Talk about unfair advantage! The God of the Bible is no humanly derived concept, whose characteristics are based on human traits, good or bad. He is the Creator God, the Master of the Universe, who knows no equal. And yet they wrestle all night. Eventually God, would you believe, requests that Jacob let him go, which he won’t do until God blesses him – O Jacob, you always need to get your way, don’t you? But God grants his demand, even while injuring his hip that leaves him with a limp. The result is a new humility in Jacob and a true personal relationship with the God of his fathers (see Bereshit/Genesis 32:20).

Perhaps the most astounding aspect of all this is what God said to Jacob in response to his demand of blessing: “Your name shall no longer be called Jacob, but Israel, for you have striven with God and with men, and have prevailed” (Bereshit/Genesis 32:28). Do you hear what God is saying? The blessing, summarized in his new name Israel, was due to his having striven and prevailed with people and God. Prevailed. Not just against people, but God. Not endured, which would be impressive, but prevailed. Not survived, which would be pretty good. But prevailed – as in he, a human being overcame God. God got through to Jacob, not by overcoming him, which he could have easily done by breaking him spiritually and physically – not in spite of his tenacity, but because of it.

One of my favorite spiritual illustrations in literature is the transformation of Eustace in C.S. Lewis’s “The Voyage of the Dawn Treader,” one of the books in the Narnia series. Eustace is a brat, who ends up in the fantasy world of Narnia with two of his cousins. His arrogant and selfish behavior result eventually into his becoming a dragon, a dreadful state, which works to create in him a newfound humility. When he encounters the Messiah character, the lion Aslan, he is told to scrape off his dragon skin, only to discover that every layer he removes reveals another set of scales underneath. Eventually Aslan says that he himself would have to deal with Eustace’s condition. He tells him to lie down as he digs his claw deep into his dragon’s skin, thus restoring Eustace to newborn-like innocence. Such a beautiful portrayal of personal transformation at the hand of God, doing for us what we cannot do for ourselves. “Let go, and let God” as some may say.

What a beautiful picture and perhaps one that many may relate to, but not Jacob. Not that he transformed himself, but he was anything but passive in the process. Far from letting go, he held on for dear life. It wasn’t that God was finally able to bless him once he let God have his way. On the contrary, God blessed him because he insisted on his way. Jacob was no passive wimp that simply let people and God run over him. Never a victim under the control of others or a doormat for people to walk on, he had a deep sense of the important things in life, both earthly and heavenly, and went after them with everything he had. What made the difference for Jacob was that, while misguided and insecure, he was aiming for the right things. Somehow he knew his mysterious visitor had something he most desperately needed and held on until it was his own.

I wonder how many blessings we have missed out on because we have given up too soon. We confuse humility with passivity, and tenacity with arrogance. We may fear making mistakes along the way as if God is looking for perfection instead of faith. What Eustace learned is still true: unless God transforms us we will remain dragon-like. But perhaps the key to personal transformation requires a lot more tenacity on our part than we might think.

One thought on “Tenacity”