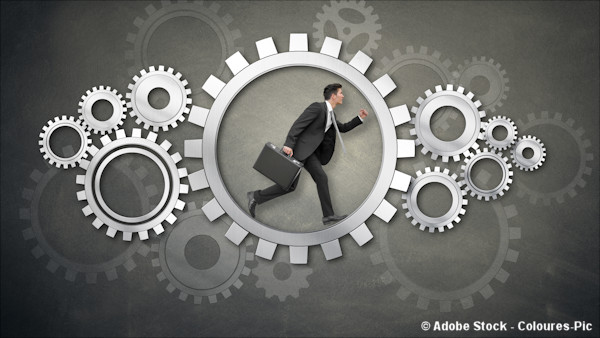 Joseph was thirty years old when he entered the service of Pharaoh king of Egypt. And Joseph went out from the presence of Pharaoh and went through all the land of Egypt. (Bereshit/Genesis 41:46)

The story of Joseph is one of the greatest “rags to riches” tales of all time. Sold into slavery by his own brothers due to their murderous jealously, he is purchased by an Egyptian captain named Potiphar. After refusing to give into Potiphar’s wife’s advances, she frames him, resulting in his spending years imprisoned in a dungeon. In both situations, Joseph is given significant responsibility. Be that as it may, few can comprehend how difficult those many years must have been, especially his time in the dungeon.

As we know, due to the predictive dreams Joseph had before his enslavement, God had big plans for him. How it would be that he would rise to some sort of rulership position over his family someday was unknown. We also don’t know what was going on in Joseph’s mind all that time. Whatever he figured the dreams meant, it must have seemed impossible given his predicament.

Then the surprising day came. Pharaoh, king of Egypt, having heard of Joseph’s ability to interpret dreams, called him to attempt to explain the meaning of two most troubling dreams he had. Pharaoh was pretty impressed with what he heard and appointed Joseph second in command over the whole country. Joseph’s main responsibility was to administer grain during the coming years of plenty and the subsequent famine.

It was only recently that I thought to myself, if Joseph was given such authority, why didn’t he go see his family? While he may have had no interest in his jealous brothers, we know he was concerned for his father and had a heart for his younger brother, Benjamin, who likely had no part in the plot against him. If he was concerned about his older brothers, he could have brought along an armed guard for protection. And why settle for a visit? Now that he was freed from prison, why stay in Egypt at all? Was it for the job? It’s not every day you’re offered anything close to Vice-Pharaoh with its prestige and other benefits. What would he do back home anyway? Be a shepherd? And with the coming famine, maybe staying in Egypt wouldn’t be too bad after all. Then again, why not at least visit?

Then it occurred to me, he couldn’t go home even if he wanted to. Pharaoh didn’t offer him a job; he appointed him to it. Pharaoh’s authority over Joseph wasn’t simply due to his being king, but that Joseph was still a slave. He was released from prison, but nowhere do we read he was made a free man. I imagine his life of service under Pharaoh was far more comfortable than most non-slaves anywhere in those days. But whatever perks he enjoyed, personal freedom was not one of them.

Looking at Joseph’s circumstances through a modern lens, we might determine that no perk could ever be a substitute for freedom. However, besides misunderstanding how difficult life must have been for people in those days, we also misunderstand the very essence of our God-given roles as human beings. When God created man and woman, he assigned them, and everyone else since then, to care for the creation under his rulership. A key theme of the Bible’s story is the broken nature of the world due to human refusal to submit to God’s established authority structure. We were designed to be servants, fulfilling God’s call in our lives as stewards of his creation. Never were we to be free to do whatever we wanted. This doesn’t mean that anyone should be subjected to slavery. That’s clear by both God’s providing moral freedom to Adam and Eve as well as the liberation of the nation of Israel in Egypt some generations after Joseph. Still, while slavery is an unjust, evil institution, we are to be servants.

Absolute personal freedom doesn’t exist in the real world. Whether we like it or not, we are part of a vast interconnected, complex system of life. In the design of God, our role is to serve his interests within that system, making positive contributions in the world. Yet it seems most people choose to serve their own interests instead; many creating the illusion that they are free, not realizing that they are being controlled by nefarious forces.

In 1979, singer-songwriter Bob Dylan got it right in his song “Gotta Serve Somebody”:

Like Joseph, we’re gonna serve somebody. The only question is: who is it going to be?