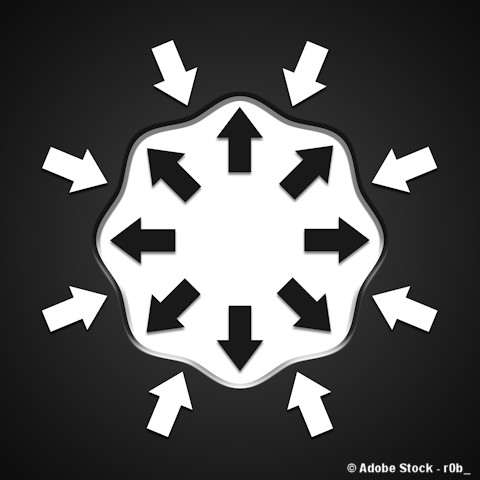 While the story of Jacob’s son Joseph is one of the more comprehensive Bible stories, his personality is often overly simplified to be the God-favored victim of his brothers’ murderous hatred. Staying faithful to God through it all, God uses his terrible circumstances to save the day. The message to us is equally simple: trust God and he will take care of us no matter what. Nice thought. It certainly contains dependable truth. The problem is this story, including Joseph’s part, isn’t that straightforward. Neither is real life. Within the complexity of Joseph’s character, we can find real hope for our own complicated lives.

Was Joseph a passive victim? No one should blame him for being his father’s favorite. That wasn’t fair to his brothers, of course. But life isn’t fair. God also favored him by giving him dreams. I am aware favored persons can be the object of other people’s ire. But that’s not really Joseph’s story. Without excusing what his brothers did, Joseph was not passive. Joseph had a bit of a mouth. When we are first introduced to him, we are told he had brought a bad report of his brothers to their father. Not given the details of that, we don’t know what he said or how he said it. He may have been completely in the right. But when trouble ensued later on, most people would wonder if they could have done things differently.

It’s the sharing of the dreams, however, that is of greatest concern. The bad report may have been necessary. But did he have to tell his brothers and father about the dreams? Didn’t he know he would further infuriate his brothers? Even if he was clued out about the meaning of the first dream, he knew how his brothers took it (and correctly so) as a prediction of his eventual prominence in the family. Therefore, he knew exactly how they would understand the second similar dream. He may have been purposely trying to put them in their place. Joseph most likely figured his being favored by his father and God would protect him from his brothers’ wrath. If so, he figured wrong.

The Bible doesn’t tell us what was going on in Joseph’s mind through his ordeal. What we do know is after all was said and done, he was able to be gracious to his brothers in spite of what they did to him. His perspective he expresses as “You meant evil against me, but God meant it for good” (Bereshit/Genesis 50:20) is an unusually healthy balanced understanding of the interplay between human activity and God’s sovereignty. It’s easy to say, but Joseph’s freedom from bitterness and demonstration of generosity towards those who aggressively hated him is extraordinary.

Still, that was his state at the end of a very long and arduous personal journey. What about all the time in between, especially as he finds himself enslaved in Egypt, followed by unjust imprisonment in a vile dungeon? Shall we assume he took it all in stride as he made up songs about ruling over his family one day? That’s possible, but not probable. It’s reasonable to assume he wondered about his big mouth. Did he really have to talk up his dreams? Too late now, of course. But what if he had kept his big mouth shut?

Perhaps he didn’t give much thought to his contribution to his dismal situation. That would make him even more remarkable than most people think. Most of us spend considerable amount of time with our should’ve/ would’ve/could’ves. We obsess over the possibility that we are the ones who got us into our messes. Others blame shift, of course, refusing to take any responsibility for their lives. But that’s a different story for another time. Here I want to address those of us who get stuck over ourselves.

Whether or not Joseph blamed himself partly or completely for his situation, it is clear it didn’t cripple him. Dreams, something that got him in trouble earlier in life, would be key to his release and promotion in Egypt later on. Also, whether as a slave, prison foreman, or Prime Minister; his leadership skills, which may have helped precipitate his tense relationship with his brothers when a teenager, were fully expressed. How many people, when their abilities get them into trouble, out of fear vow to “never do that again”? Some may even think they are being responsible by avoiding the potential damage their God-given abilities may cause. Somehow Joseph didn’t fall into that trap.

Perhaps the way Joseph dealt with the relationship of his brothers’ evil to God’s sovereignty is a clue to how he coped with his own role in the story. Consciously or unconsciously, Joseph’s trust in God set him free to fully function in the role God assigned to him. He knew God was bigger than the outside forces of his life. Obviously, he also learned that God was bigger than his own internal forces as well.