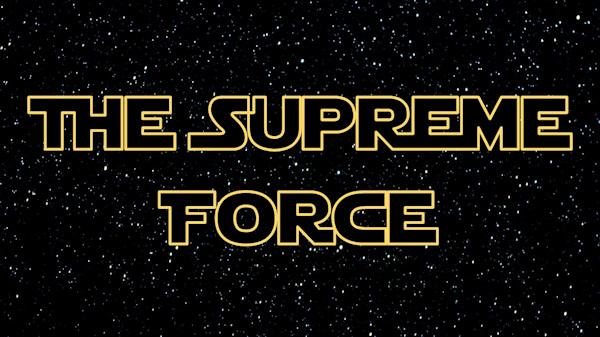 So it was not you who sent me here, but God. He has made me a father to Pharaoh, and lord of all his house and ruler over all the land of Egypt. (Bereshit/Genesis 45:8)

The story of Joseph illustrates the Torah’s understanding of the interplay between God’s sovereignty and human responsibility. One of the surprising elements about the Bible’s perspective on this issue is that we don’t encounter the type of philosophical tension that Westerners have argued over for hundreds of years. Instead, the characters of Scripture appear to simply accept that God is supreme over everything in his universe, while at the very same time expecting human beings to take responsibility for their actions. Few express this as well as Joseph. I can’t get over what he will tell his brothers in next week’s parsha (weekly Torah reading section) in order to convince them that he was in no way bearing a grudge against them.

Do not fear, for am I in the place of God? As for you, you meant evil against me, but God meant it for good, to bring it about that many people should be kept alive, as they are today (Bereshit/Genesis 45:8).

Somehow Joseph was able to fully comprehend the essential nature of the two forces at work in his life. First, an evil force sought his undoing as expressed through his brothers’ ill will. Second, through it all, a good force was also at work to bring about God’s purposes. His faith in God’s goodness didn’t excuse the evil of his brothers’ conspiracy; it enabled him to accept that evil didn’t win in the end.

Evil didn’t win, because it couldn’t. This week’s parsha includes Joseph’s revelation of his true identity to his brothers. Dismayed when the great Egyptian ruler they had been dealing with told them he was actually Joseph, he immediately sought to console them. He did so by telling them God was the supreme force at work in all this. As quoted above, Joseph made it clear, “So it was not you who sent me here, but God.” This statement is a lot stronger than “you meant evil against me, but God meant it for good.” The later statement sounds like a balance between opposing forces – the accepting of two truths in the way I mentioned at the start. Standing on its own, we may get the impression that these are two equal forces at play. The earlier one, however, clarifies that they are not equal at all. Evil is real; the brothers did wrong; yet God’s power prevails because it is supreme.

Notice too that unlike a popular myth of our day, there are two distinct forces at work in this story: one good, one evil. There is no dark side to God. Second, these forces are not impersonal. We are not talking energy here. Forces are involved but they are the activities of intelligent beings. Though non-physical, they interact with humans who respond to their purposeful directives. Third, the good and evil forces of the real universe cannot be manipulated or used, though evil may want us to believe we can. Instead, we are designed by God, the supreme force, to hear his word and act accordingly.

The evil force is real, but will not have the last word. If that was true for Joseph while he was trapped in an oppressive situation, how much more is that true for those of us who are free to come and go as we please. Too many live as if evil has the upper hand, when it doesn’t, especially in these days of the Messiah. We who genuinely trust in Yeshua are recipients of the greatest force in the universe, the Ruach HaKodesh (English: the Holy Spirit), making us forces of good to reckon with. We have been assigned to be instruments of God’s power, equipped to extend his rescue operation throughout Planet Earth.

The mythic forces and superpowers of Hollywood lore have nothing on the Supreme Force who wishes to work through us to overcome evil wherever it may lurk. This is not magic. However, we will remain powerless as long as we think we are. If we will allow God to have his way in and through us, no earthly power will stand in our way. May God, the true Supreme Force, be with us!