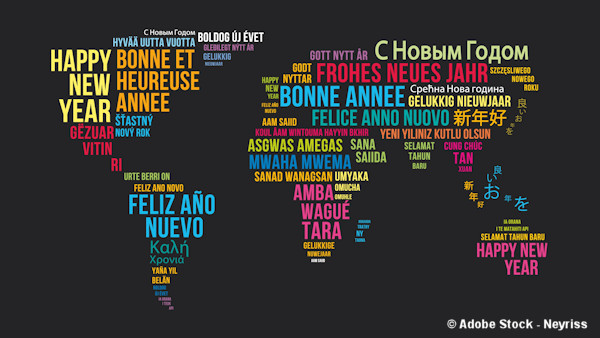 The LORD said to Moses and Aaron in the land of Egypt, “This month shall be for you the beginning of months. It shall be the first month of the year for you.” (Shemot/Exodus 12:1-2)

Much of the world recently celebrated the beginning of the new year. Regarding January as the beginning of months appears to go back to ancient Rome. In 46 B.C., when Julius Caesar introduced his new solar calendar, the Julian Calendar, January 1 was established as the first day of the year. In the sixth century, the Council of Tours abolished that day as the new year, regarding its associated celebrations as pagan. Various regions in Medieval Europe celebrated the beginning of the year at different times. January 1 was restored as New Year’s Day by the Gregorian Calendar reform in 1582, though it would be some time before it was commonly accepted.

It is curious that in what has become the most common calendar in use today, the new year begins when it does. It is true that in the Northern Hemisphere, the long dark nights of winter begin to give way to longer days. Also, its proximity to Christmas, the traditional time when the birth of the Messiah is celebrated, may have some bearing. However, if his birth was reason to mark the beginning of the year, then why not celebrate the new year precisely on that day?

When it comes down to it, January 1 is nothing more than a way to mark the passage of time, an acceptable device in a world devoid of meaning. But contrary to popular misconception, the world isn’t meaningless, which is why the Torah has a different take on new year’s. Not that anyone, including Jews or Christians, takes notice, however.

God established the beginning of months to coincide with the most important event in Israel’s history, the exodus. The first month of the year commemorates the birth of a nation, when God liberated his people from the bondage of slavery in Egypt. From that time on, the new year was to function in terms of a national birthday through the celebration of Passover. Every year in the spring, the people of Israel were to look back to this moment of salvation.

Hold on. Isn’t the Jewish new year in the fall, not the spring, observed as Rosh Hashanah (English: the head of the year), the biblical Feast of Trumpets? Yes and no. Jewish tradition recognizes four different new years. That might sound strange, but we are more familiar with the concept of different new years than we might think. Besides the beginning of the calendar year in January, we have the beginning of the school year in late August/early September. Companies also have fiscal years. In Jewish tradition, the first of Nisan, in which Passover occurs, is regarded as the beginning of the religious year. The first of Elul is the new year for the tithing of cattle. The first of Tishrei, coinciding with Rosh Hashanah, is the civil new year, and the fifteenth of Shevat is the new year for trees and the tithing of fruit.

Even though the first of Nisan is acknowledged as the beginning of the religious year, at some point and for reasons not altogether clear, the Jewish world shifted focus from the biblically explicit new year to Rosh Hashanah. Let me offer an observation. How we mark our beginnings makes a difference on how we understand who we are. While Passover is one of the most observed of all the festivals, diminishing its primacy in any way results in losing awareness of what our fundamental identity is as slaves set free. Further, we are to remember that God rescued us from our desperate state because of his commitment to Abraham, Isaac, and Jacob. We are intimately and irreversibly connected to God’s committed faithful love. How we live, everything we do, is rooted in this primary event. To place the fall feasts or anything else ahead of the exodus is to skew the way we understand how God relates to us and us to him.

What relevance does this have, if any, to non-Jewish believers in the Messiah? First, as it is for the people of Israel, the exodus is the primary event for all believers. Israel’s rescue from bondage in Egypt is the prototype of the universal rescue of all people through faith in Yeshua. This is made vividly clear by Yeshua’s leveraging the Passover seder as the vehicle through which all people would remember his death and resurrection. What has become known as the Eucharist, Lord’s Supper, or Communion cannot be fully understood outside of its Passover context.

I am not necessarily making a case for a new calendar. What we need to do is make sure we never forget that first and foremost we are all slaves set free. Regardless of nationality, the exodus is the beginning for every child of God.

One thought on “What’s in a New Year?”