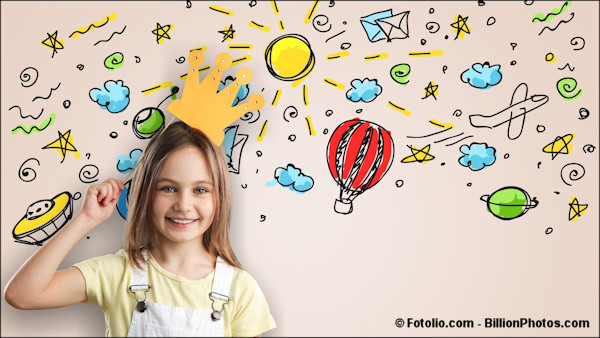 And Saul said to Samuel, “I have obeyed the voice of the Lord. I have gone on the mission on which the LORD sent me.” (1 Samuel 15:23)

One of the most wonderful of all human abilities is imagination. We have been gifted by God to be able to conceive of almost endless possibilities. Imagination is more than childlike dreams of fantasy and momentary inspirations of creativity. It is actually an essential aspect of our being, enabling us to effectively engage the world in which we live.

Strange as this sounds, I don’t think we can imagine life without it! We imagine almost as much as we breathe. In almost every situation we find ourselves in, we weigh possibilities. It may happen in an instant but deciding whether to turn left or right at an intersection requires a level of outcome assessment. Unlike animals, whose activities are the result of sensory reaction, we use our minds. We may not necessarily use our minds as much as we should. A case can be made that it is possible to devolve into animal-like sensual behavior, as we choose to shut down imagination. But in that case, I wonder how much imagination shouts to be heard. The image of God in human beings is not easily snuffed out.

There is a downside to imagination, however. The ability that we have to picture victory in battle, light amidst darkness, reconciliation following rejection, healing when harmed, also enables us to imagine nonsense. At a young age we learn that creating fantasy worlds can be fun. Countless children have been entertained by the outlandish creatures produced by Dr. Seuss, for example. But such creatures don’t exist. Neither do the worlds of most science fiction. This is not to say such fanciful tales don’t have elements of truth or that the wildest technical conceptions cannot lead to real inventions. It’s just that imagination has the ability to deny reality itself.

One of the most common, but serious, applications of imaginative reality denial is that we live in a world that is fundamentally good. There is much good in the world, God made sure of that in spite of our first parents’ insubordination. However, be it disease and death, abuse and oppression, resentment and jealousy – the list goes on – evil confronts us at every turn. Yet every time many are jarred from a drugged-like stupor, where even the strongest denial can’t be sustained, and are shocked as if the most bizarre thing just happened: “What’s with those people!” “What kind of monster could do such a thing!” – pretending that evil is an alien object living beyond earth’s atmosphere that once in while accidently breaks through, randomly plummeting to earth. But what fantasy film are you watching? Not only is evil a normal and regular occurrence, it resides in you and me. To think otherwise is to let your imagination run amok.

This week’s readings include a special portion from the life of Israel’s first king, Saul. It is read each year on the Sabbath prior to Purim (the Festival of Esther). The association with Purim has to do with its mention of Israel’s enemy Amalek, whom Saul was supposed to destroy. The setup of the Purim story which occurred centuries later in Persia is that Mordecai wouldn’t show deference to the high official Haman, because he descended from the Amalekites. Saul’s demise was partly due to his unwillingness to sufficiently confront evil by destroying the Amalekites as instructed by God. He imagined that denying the seriousness of evil and pleasing his people was a better option than fulfilling God’s directive.

Today we imagine that denying evil is better than confronting it for what it is. Perhaps pretending everyone else is basically good allows us to trick ourselves into imagining we are too. But as Purim will soon be here again (begins the evening of February 28, 2018), we would be better to acknowledge, resist, and confront evil wherever it lurks. And we can with God’s help. Imagine that!