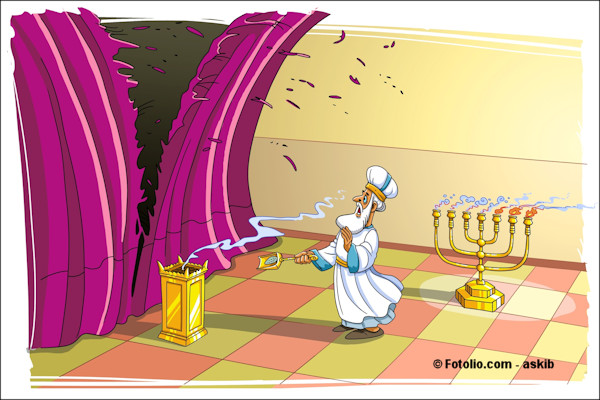 It’s fairly common to hear the God of the Old Testament contrasted with the God of the New. Even among those who would never dare to say that these constitute two very different beings, they may as well, given how they mischaracterize what they view as irreconcilable depictions of the one God. There are indeed key contrasts between the Hebrew Scriptures and the New Covenant writings vis-à-vis the divine. The differences are not in God himself, however. But, rather, in his relationship to human beings.

To the casual reader, the Old Testament seems to reflect a God who is distant, while in the New he is approachable. That is somewhat true, because on our own we are not fit to approach him, not because he is aloof, sitting far away in heaven, disinterested in human affairs. Far from it! As he revealed himself to the people of Israel within the covenant given at Mt. Sinai, we see him anxious to live among his precious human creatures.

The entire Sinai covenant system was built upon the centrality of God’s dwelling place. God directed Moses to construct a mobile structure called the “mishkan” (English: tabernacle). It was here that the sacrifices and other worship rites were to be exclusively performed. Mishkan means “dwelling.” It was the precursor of the temple, which in Hebrew is “bayit,” the word for “house.” It is difficult to say whether or not God’s taking up residence in the mishkan was metaphorical or actual. Probably it is both in some ways and not in others. Regardless, the people of Israel were to understand that the Master of the Universe was among them.

Inside the mishkan, in its innermost sanctum, called the “kodesh ha-k’dashim” (English: Holy of Holies), was a special golden chest, called the “aron ha-b’rit” (English: the Ark of the Covenant). On top of the aron ha-b’rit was the “kapporet” (English: “cover,” traditionally referred to as “the mercy seat”). As we read at the beginning, it was here that God would meet and speak with Moses. It would be here that the Cohen HaGadol (English: the Chief Priest) would appear before God once a year on Yom Kippur (English: the Day of Atonement).

That God was in the house was an essential element of ancient Israeli society. God is not a concept, but an actual personal being (the Being of all Beings, we can say). Obedience to his Word, even then, was not cold adherence to abstract principles, but the reasonable response to the reality of his presence. Everything that the people did or didn’t say or do was in response to him being in the house.

One of the dramatic developments within the New Covenant is that God’s presence is no longer isolated within the ancient house, be it the tabernacle or the temple. This is illustrated by the miraculous tearing of the curtain that separated the Holy of Holies from the rest of the house. This occurred immediately following Yeshua’s death to demonstrate that his sacrifice not only provided access to God for people of all nations, but that God’s presence was being unleashed throughout the entire world.

Through the New Covenant the God of Israel is no longer exclusive to the people of Israel. In a sense he never was. Not only did the calling of Israel through Abraham always have the nations in mind, but the Hebrew Scriptures are clear that God was neither nationalistic nor regional. It’s that due to the human condition, the globe was not ready for his presence.

Since Yeshua’s death and resurrection, throughout the earth, God’s presence has manifested in a most personal way. While most people seem to be blind to his taking up residence within his creation, he is no less present. God is in the house – the world he has made – yet we too often ignore him. We think we can get away with doing our own thing our own way as if he will not call each and every one of us to account. He is doing far more, speaking far more, and responding far more than we care to admit. We are not alone. God is in the house.

2 thoughts on “God Is in the House”