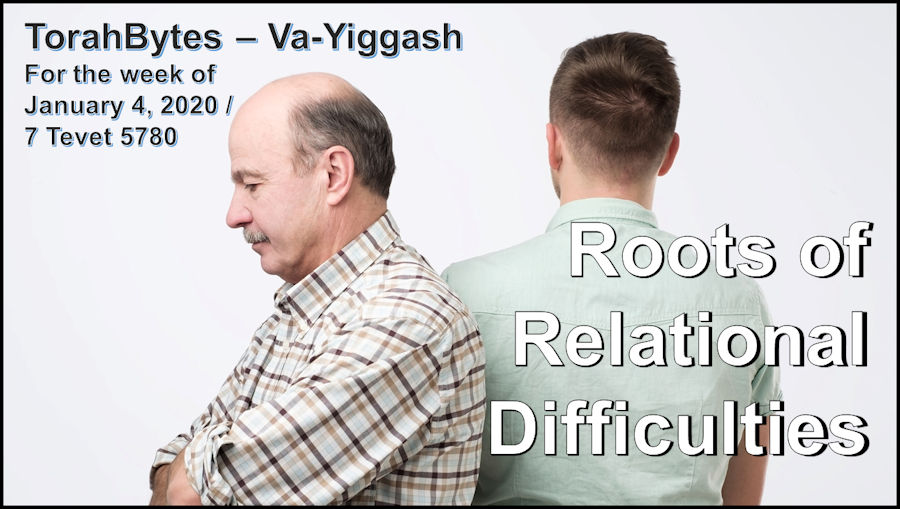 Now therefore, please let your servant remain instead of the boy as a servant to my lord, and let the boy go back with his brothers. For how can I go back to my father if the boy is not with me? I fear to see the evil that would find my father. (Bereshit/Genesis 44:33-34)

The story of Joseph is one of the longer and more involved narratives in the Bible. It is a wonderful story of God’s providential hand at work in the midst of human jealousy and hatred. Every time I read it, one of the things I wonder about is what was Joseph really up to in how he dealt with his brothers during their two excursions to Egypt to buy food?

I don’t think that he was just giving them a hard time in order to get back at them for what they had done to him. If that was his motive, he could have done so much more to hurt them and would not have been so generous to them. Yet he did seem to be up to something or else he would have revealed himself to them on their first visit instead of putting them through all he did. It is reasonable to assume that he could have been struggling with his own feelings, but it looks as if he was waiting for something particular to happen before he revealed himself to them. That something may be the very thing that did happen.

Some background: Joseph and his eleven brothers were the offspring of Jacob and four women: Jacob’s wives Rachel and Leah and their respective servants Bilah and Zilpah. Joseph and Benjamin were Rachel’s two sons and had a special place in Jacob’s heart. We don’t need to get into why that was right now. Suffice it to say that Joseph and Benjamin were uniquely precious to Jacob – something of which the whole family was well aware.

Joseph’s brothers hated him because of their father’s preferential treatment of him. Joseph’s dreams which predicted his special position over his family further infuriated them. They hated Joseph so much that they sold him into slavery and deceived their father, telling him Joseph was killed by a wild animal. Their father was devastated by this news, which shouldn’t have been a surprise given his well-known feelings toward Joseph. But note that the brothers couldn’t care less about their father’s feelings. So much had their hatred blinded them.

We pick up the story many years later as Joseph is overseeing Egypt’s supplying food for the surrounding region during a severe and extended famine. His brothers are on their second excursion to Egypt in the hope of buying food. Joseph pretends to treat them with great suspicion, which results in Benjamin being taken to be Joseph’s servant. When their brother Judah offers himself in Benjamin’s place, Joseph breaks down and reveals himself to his brothers. But what was it about Judah’s offer that touched Joseph’s heart? It could have been Judah’s willingness to selflessly give himself for Benjamin’s sake, but his words indicate something else. What Judah said just before Joseph broke down was, “For how can I go back to my father if the boy is not with me? I fear to see the evil that would find my father.” (Bereshit / Genesis 44:34; ESV). In other words, Judah couldn’t bear what the news of Benjamin’s plight would do to his father. Could it be that what Joseph was looking for from his brothers was a change of heart – not so much toward himself – but toward their father? Could it be that the wrongs done to Joseph were actually a result of the more serious wrong of their lack of honor toward and care of their father?

Whatever issues the brothers had with Joseph, if they had loved their father the way they should, they would have controlled their feelings toward Joseph. Don’t get hung up on the fact that God used their evil actions toward Joseph for good. That God makes good come out of evil is no excuse for human misbehavior.

I don’t know if the brothers ever consciously understood that the abuse of Joseph was rooted in their disregard for their father. In the same way I wonder how much of our relational difficulties actually have to do with issues relating to our own fathers, but we don’t know it. God may want to use those difficulties to get us to deal with our relationships with our fathers. And in some cases getting our hearts right with our earthly fathers will also make a huge difference in our relationship to God.