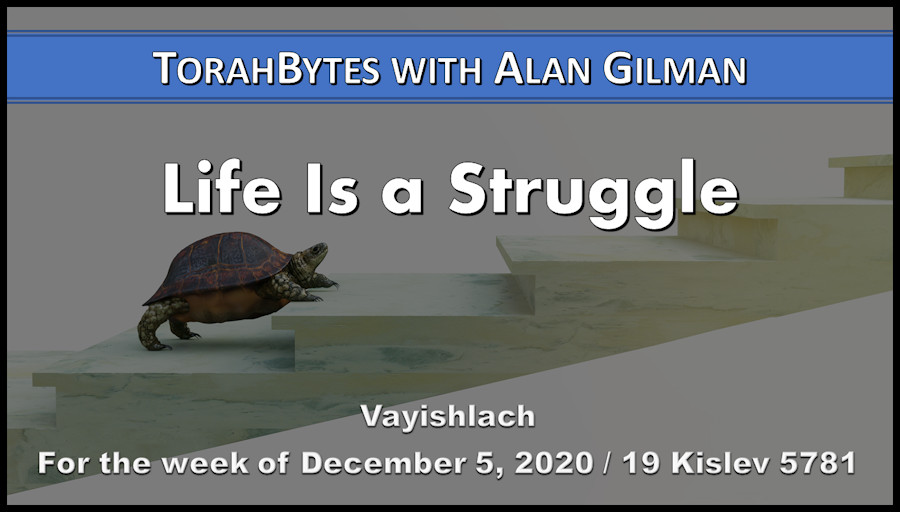 And Jacob was left alone. And a man wrestled with him until the breaking of the day. When the man saw that he did not prevail against Jacob, he touched his hip socket, and Jacob’s hip was put out of joint as he wrestled with him. Then he said, “Let me go, for the day has broken.” But Jacob said, “I will not let you go unless you bless me.” And he said to him, “What is your name?” And he said, “Jacob.” Then he said, “Your name shall no longer be called Jacob, but Israel, for you have striven with God and with men, and have prevailed.” (Bereshit / Genesis 32:24-28)

The profound nature of the biblical stories is found not only in how remarkably they reflect common human experiences, but how they call us to become the kind of humans God designed us to be. It is this that prompts people like the controversial Canadian psychologist and professor Jordan B. Peterson to be passionate about the Bible even though he denies its historicity. The introduction to his biblical lecture series reads:

[The Bible] contains the most influential stories of mankind. Knowledge of those stories is essential to a deep understanding of Western culture, which is in turn vital to proper psychological health (as human beings are cultural animals) and societal stability. These stories are neither history, as we commonly conceive it, nor empirical science. Instead, they are investigations into the structure of Being itself and calls to action within that Being (https://www.jordanbpeterson.com/bible-series/).

Having listened to this series and other things he has said about the Bible, I don’t think Peterson has fully faced that the reason these stories are so profoundly relevant is because they really happened. These are not the projections of some highly developed human mind, creating archetypical stories for us to emulate. They are real-life encounters informed by the mind of God, designed to equip us for living effective godly lives (see 2 Timothy 3:16-17).

Despite Peterson’s denial of the Bible’s historicity, he well captures how its stories portray the intricacies and challenges of life. Many Bible readers, while honoring its divine inspiration and being adamant that it reports actual events, tend to treat it superficially (for more on this, see my blog/podcast, “In Celebration of Biblical Narrative: A Biblical Critique of Jordan B. Peterson”).

The story of Jacob’s wrestling with God is a case in point. Its significance begins with informing the reader of how Jacob became the patriarch he was called to be. Up until this point he had striven for success, but now he strives with God and discovers true blessing. The God whom he considered as only that of his father and grandfather finally becomes his God.

Jacob’s experience is not for Jacob alone. While few, if any, have literally wrestled with God, untold numbers have been through the process of agonizing prayer. This story presents Jacob as our model, metaphorically of course: hold on until God blesses us even if it hurts.

There’s more. Jacob’s wrestling with God is a picture of life in general. From the moment of conception, we face all sorts of challenges which must be overcome in order to live, not to mention, live well. Some struggles are easier than others. Some are impossible. But each and every struggle is designed to craft us into what we are meant to be. It’s in this sense we can say that life itself is wrestling with God.

Life is a struggle. As we grow up, we learn, one way or another, how to navigate that struggle. We may confront it, roll with it, run away from it, or deny it. We may blame it on others or numb ourselves against it. Not every tactic is the wisest or most beneficial. So while Jacob’s wrestling match on one hand reflects the general struggles of life, on the other, the key to truly overcoming them isn’t found in human effort alone. We should also note that unlike Jacob’s brother Esau, who threw his birthright away to satisfy a need, dire as it seemed in the moment, Jacob held on to the God of Israel until he prevailed. Only then did he become the man he was called to be.

I don’t know what you are going through right now. Whatever it is, remember, life is a struggle. Don’t give up. But don’t simply endure either. Hold on to the God of Israel until he blesses you.