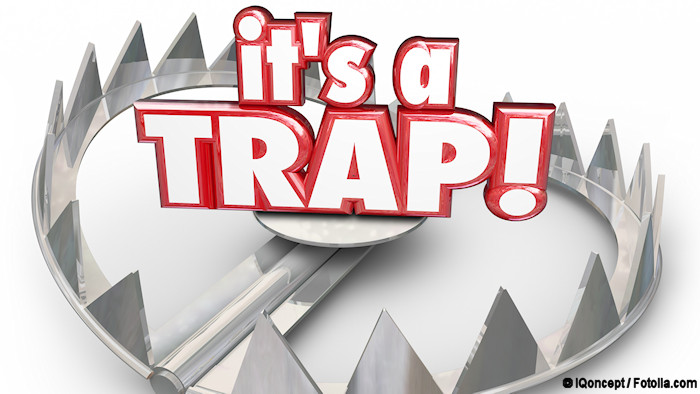 So when the woman saw that the tree was good for food, and that it was a delight to the eyes, and that the tree was to be desired to make one wise, she took of its fruit and ate, and she also gave some to her husband who was with her, and he ate. (Bereshit /Genesis 3:6)

When many fans of the Bible read the early chapters of Genesis, it is often to establish little more than a theological framework. Our first parents’ act of disobedience is viewed as simply the basis of the human predicament from which we require deliverance. While the happenings in the Garden of Eden certainly set up the unfolding of God’s salvation plan, there is much more to be gained by noting the details of this tragic tale.

The text provides us with insight as to Eve’s internal process as she pondered the serpent’s crafty suggestion. First, we are told she “saw that the tree was good for food.” As someone who was just born yesterday (I know she wasn’t “born,” and the event timeline isn’t clear), how did she so quickly become such a pomologist (fruit expert)? While Eve, like Adam, was created innocent, she didn’t possess all knowledge. As a human being made in God’s image, she was graced with great intelligence potential, but at this point, she was still quite naïve. Remember their lack of shame was not due to their being comfortable with their unclothed state, as much as their not knowing they were naked (compare Bereshit/Genesis 2:25 with 3:7 & 11). Over time, God would mature the human family. Be that as it may, Eve thought she knew better.

Not only did she confidently determine the goodness of the fruit, she found it to be “a delight to the eyes.” Looking at it evoked a sensation of pleasure. It made her feel good and excited her. Nothing like powerful positive vibes to entice someone.

Finally, she also saw that it “was to be desired to make one wise.” In other words, she felt that it was just the thing to enhance her life. Wisdom is more than knowledge or experience. It is the ability to harness knowledge and experience to fully and effectively engage the world around us. Eve was sufficiently conscious of the fact that there was much for her to learn and concluded that consuming the fruit would enable her to live a wonderful life.

It’s hard to miss that Eve was subject to the same tactics that propagandists and advertisers have always used. The serpent set her up to be vulnerable to the lure of the fruit. It was both beautiful and powerful. And perhaps there would be a time to engage it, but not for Eve nor Adam, not yet, if ever.

Where did Eve go wrong? She shouldn’t have listened to the serpent, I know. But there’s more to this dark tale than that. It might surprise you that Evil had a voice in the Garden at all. But it did, and it has been speaking ever since. Like Eve, we can’t completely ignore Satan’s temptations. Are we then doomed to succumb? It would be nice if “getting saved” would inoculate us from the devil’s schemes, but too many genuine Yeshua followers have been entangled by his trickery to claim such a thing.

Taking note of the dynamics of Eve’s own entrapment can help guard us when facing temptation. Her biggest mistake, replicated by millions since then, was to entertain the possibility that God could not be trusted. She opened herself to the possibility that God was not only lying, but that he was purposely and selfishly keeping her from what was truly best. The result was that her heart was twisted away from God her creator to herself, the creature. Transitioning from being God-focused to self-focused, she became her own god. Thinking she could accurately assess her environment and make her own life determinations didn’t liberate her from God’s apparent arbitrary limits as expected, but instead imprisoned her under her own mastery.

Such has been the condition of all since then. While turning to God in Yeshua breaks the chains of self-focus, it doesn’t automatically prevent us from returning to its trap. Whenever we prefer our own perceptions, desires, and feelings over and against God’s word, we play out the first sin all over again. The devastating effect of our first parents’ misguided actions should remind us to resist the lure of our perceptions, the deception of our desires, and the untrustworthiness of our feelings. Rather by fueling our lives with the truth of God through the Scriptures and nurturing an intimate relationship with him in the Messiah, we give ourselves the best opportunity to avoid the devil’s devices.

One thought on “Avoiding the Devil’s Trap”