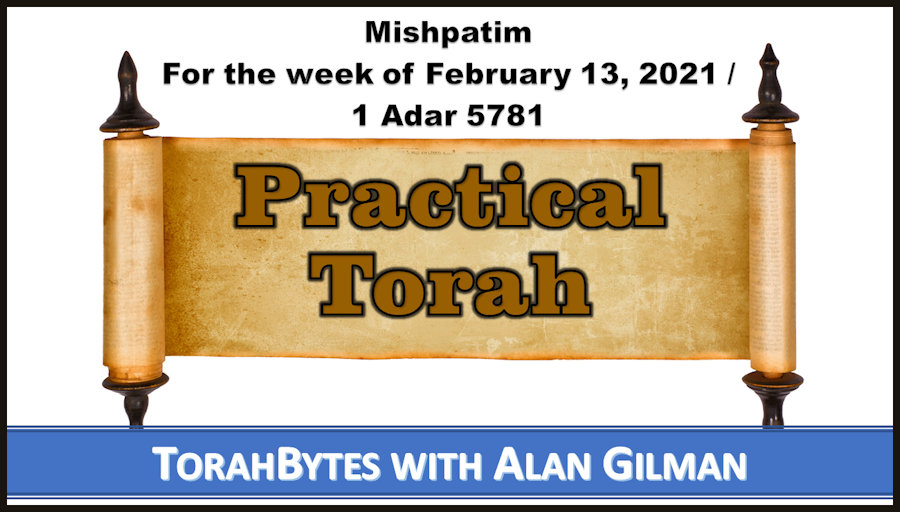 Last week’s parsha (Torah reading portion) including the giving of the Ten Words (commonly known as the Ten Commandments). As I explained in a previous TorahBytes message, the Ten Words function as representative of the covenant God established with the people of Israel through Moses at Mount Sinai (see https://torahbytes.org/76-17/). Accepting them as eternal principles simply because they are the Ten Commandments or rejecting them as Old Testament relics fails to regard their covenantal function. With the coming of Yeshua and the inauguration of the New Covenant as promised by the prophet Jeremiah (see Jeremiah 31:31-33; compare Luke 22:20), the constitution of God’s people underwent a major transformation. That which was given on tablets of stone has been internalized as Jeremiah had foretold (see 2 Corinthians 3:3). The life that God had called Israel to live was no longer something outside and out of reach, so to speak, but instead to be lived from the inside out. The alienation from God which had prevented Israel from living up to the Sinai covenantal demands was resolved by the forgiveness of sin brought about through Yeshua’s sacrificial death.

The main contrast between the Sinai and New Covenants, therefore, is found – not primarily in their practical details – but in the contrasting constitutional arrangements within which the details are given. The older covenant provides for the organization of a national entity; the newer one enables the inclusion of all nations without requiring specific membership in Israel. The great change in the sacrificial system from ongoing and temporal to final and permanent makes the older priestly function obsolete and thus allows all believers to approach God directly.

But just because the covenantal foundations have changed, that doesn’t mean that every God-given directive through Moses is no longer relevant. For it is in the Torah that we encounter almost every aspect of life from God’s perspective. Discerning which elements of God’s “teaching” (for that’s what “torah” means) were for ancient Israel alone and which ones are for all people for all times can be a challenge, but a worthwhile and enriching one.

Our portion continues by addressing the subject of personal liability. We are privileged to be given God’s mind regarding common issues like those that people have faced throughout history. We neglect God’s word on these matters to our peril.

In another section in this week’s reading, we see the consequences for certain types of social behavior, including premarital sex, bestiality, sorcery, as well as dealing with the vulnerable members of society: foreigners, widows, and orphans. As with the slavery section, modern readers might too quickly react to the prescribed consequences for certain behaviors rather than glean wisdom from God’s perspective. The determining of consequences is subject to the jurisdiction of civil leaders, which while regulated under Sinai for ancient Israel, is not expanded to the nations under the New Covenant. What we can derive from this is the destructive nature of the things addressed, so that they can be avoided among believers and discouraged within the cultures in which we find ourselves.

This is what Yeshua meant when he told his followers that they are “salt and light” (see Matthew 5:13-16). As the great Master Rabbi, he expounded the teachings of Moses, so that they (and us!) can learn the practical details of Torah within a New Covenant framework.