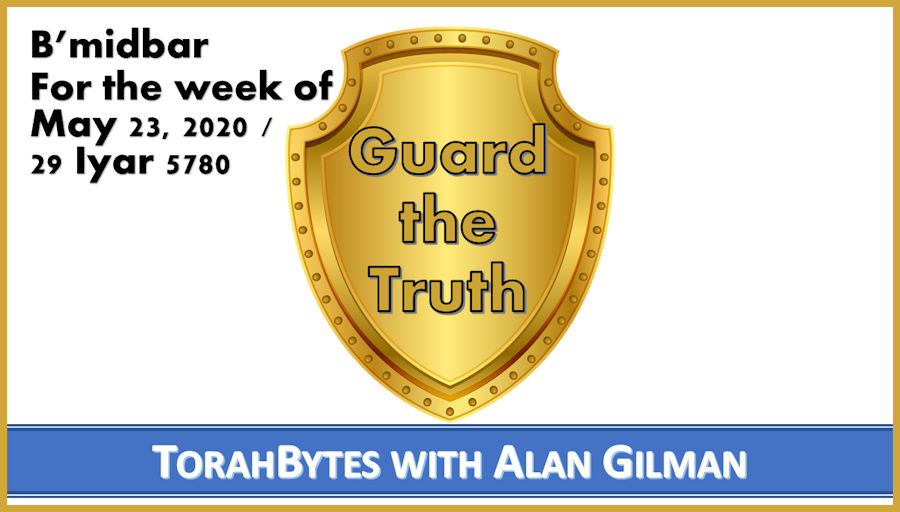 The tribe of Levi was set apart by God for the work of the Mishkan (English: Tabernacle) and later in Israel’s history, the Temple. The cohanim (English: “priests”) were a subset of the tribe of Levi as they were the sons of Aaron, Moses’ brother, both of whom were Levites themselves. The cohanim were responsible for the sacrifices, while the rest of the Levites looked after all sorts of other things regarding the Mishkan. One of the Levites’ responsibilities was to guard the Mishkan. According to the verse above, the reason for this was “…so that there may be no wrath on the congregation of the people of Israel.” The protection of true religion with its priesthood and rituals was for the welfare of the people.

Religious leaders need to stand guard on behalf of the things of God. The preservation of true religion is necessary to ensure that people relate to God according to his reality. Otherwise it is not really God they are encountering. And if it is not really God whom people encounter, they will suffer harm through delusion, demonic influence, and immorality.

In order to effectively stand guard for God’s Truth, we must first understand that God isn’t the one who needs protecting. God is God, he will show himself to be who he is. His truth is eternal and will prevail. We are the ones who suffer when God’s Truth is misrepresented. We need to protect God’s Truth, not because God needs us to, but because people need us to.

Second, religious leaders aren’t called to stand guard for God’s Truth for self-protection. Too often religious leaders are threatened by perceived attacks on the things they espouse. But if their motive is to protect self and position, they will not be able to discern the difference between an attack on the Truth or a necessary correction to their own errors.

What does need to be protected is the Truth of God as given to us in the Scriptures. Too many people, who otherwise claim to uphold the revelation of God, become careless in preserving an accurate understanding of God’s Truth. In most cases this carelessness is due to one of three things. The first is a commitment to one’s tradition over and against the Truth of Scripture. What is being protected in this case is something other than the Truth itself. The result is the Truth of God is neglected and/or made inaccessible to others.

The second cause of carelessness stems from an outright denial of God’s Truth. These are leaders who remain part of traditions that at one time carefully guarded the things of God, but now have turned their backs on the Truth, purposely redefining it due to their denial of Scripture.

The third cause is most difficult to identify because it comes from what appears to be such a positive and God-centered motive – a desire to make God’s reality accessible to as many people as possible. These leaders tend to think of the notion of guarding God’s Truth as harmfully restrictive. They fail to see that preserving an accurate revelation of God is necessary for people to truly know the God they are anxious to make known. By not insisting that the God they claim to offer people is in strict accordance to the truth of Scripture, they are actually doing people far more harm than good.

But, when leaders are careful to stand guard for God’s Truth, insisting that he is accurately represented to the world around us, then people will have the opportunity to really know him and be effectively equipped to live life the way God designed us to.

2 thoughts on “Guard the Truth”