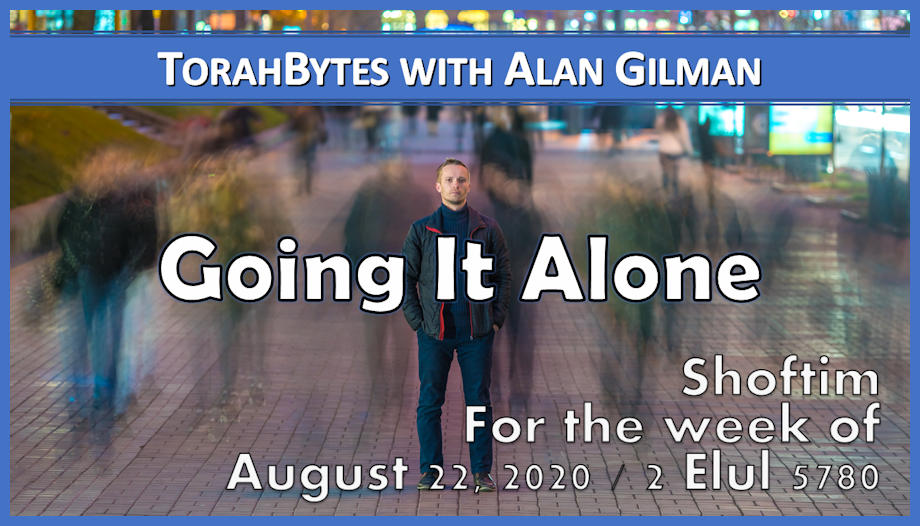 You shall appoint judges and officers in all your towns that the LORD your God is giving you, according to your tribes, and they shall judge the people with righteous judgment. You shall not pervert justice. You shall not show partiality, and you shall not accept a bribe, for a bribe blinds the eyes of the wise and subverts the cause of the righteous. Justice, and only justice, you shall follow, that you may live and inherit the land that the LORD your God is giving you. (D’varim/Deuteronomy 16:18-20)

I always found it a bit curious that while the Torah prohibits bribery, it only does so from the perspective of taking a bribe, not offering a bribe. The Hebrew word for bribe is “shachad,” and refers to the offer of money or items in order to unduly influence another person. The word also refers to a ransom, where the terms of the shachad are set by someone illegitimately holding back items or persons with the expressed purpose of demanding payment.

The Torah prohibition against bribery, albeit limited in scope is radical for its day. A scholar by the name of Jacob J. Finklestein, based on his study of ancient near-Eastern texts, concluded that such a prohibition was unique in addressing bribery. He could not find any other document that prohibited it at all. That should not surprise us as bribery was and is not only common, but in many places and situations is expected.

The Torah’s prohibition against shachad is not only limited to the taking of bribes, it is addressed solely to legal officials. The reason given is that officials were responsible for establishing justice. God knew that the taking of bribes would skew their judgment, and therefore forbid it.

I have heard stories of people travelling to certain countries where the giving of gifts or money was expected when dealing with immigration, customs, or law enforcement officers. In some cultures, it can be so customary that it may be deemed part of the cost of doing business. Those who are not used to such things may find this atrociously distasteful. Some may attempt to buck such a system, but to no avail. It’s pay the extra money or you may not be able to enter the country or get your luggage. When facing such a situation, it might be somewhat comforting to learn that it’s the taking, not the giving, that God prohibits.

When we realize how prevalent a practice bribery was and still is, it highlights what was at stake for those to whom it was explicitly forbidden. It’s one thing to be told not to do something that one may find appealing, such as taking bribes. It’s another when everybody else (or it seems everybody else) is doing it. That’s no justification for it, of course. It’s that resisting a supposed personal benefit when others are readily accepting it is much more difficult. Such things are even more difficult when they are part of the fabric of the society. It’s easier to take a moral stand on an issue when a culture is split over it. We can find comfort in resisting a common practice when a sizable group of resisters exists even if they are a minority. When an associate, friend, or family member looks at you funny for not going along with what they deem to be expected behavior, knowing that you are not alone in your stand is encouraging. But when a custom is taken for granted by the overwhelming majority of a society, that’s a whole other kind of challenge entirely. Taking a stand for what is right when you feel like you are the only one is really hard.

I would think this particular issue would have been a lot easier had God called the people of Israel to forbid all shachad in all situations. This may have at least created a sense of “bribery is wrong” that would have been easy to appeal to. But instead the commonality of such practices continued as normal. Perhaps God was aware that any attempt to regulate all forms of shachad would fail. I can’t say for sure.

What I can say is that this particular limited prohibition provides us with an example of the reality of living in a sinful world. The Bible doesn’t function as an extensive rule book covering all of life. Instead it equips us with everything we need to live effective godly lives. This includes difficult behavioral demands to be lived out within a broken world. It would be so nice if everyone around us bought in to the same set of godly principles to live by. But life doesn’t work that way. Rather, God expects his people to do what he calls us to do even when we must do it alone.