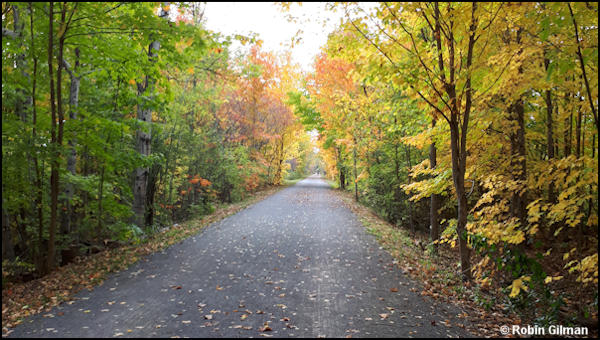 Now the LORD said to Abram, “Go from your country and your kindred and your father’s house to the land that I will show you. And I will make of you a great nation, and I will bless you and make your name great, so that you will be a blessing. I will bless those who bless you, and him who dishonors you I will curse, and in you all the families of the earth shall be blessed.” (Bereshit/Genesis 12:1-3)

I am not Abraham, but I know what it means to not really know where I am going. Twenty years ago this week, according to the Jewish calendar, I embarked on a journey into the unknown. I was forty years old, living with my growing family in a most beautiful part of Planet Earth – Vancouver, British Columbia. My work-life until about six years before was filled with teaching the Bible and related endeavors. Then, having reached the edge of burnout, I was given the sage advice of laying down my ministry for a time – a brief time, I thought. In the meantime, since I still needed to provide for my family, I found a different line of work. It wasn’t easy due to my education being in theology. I was given the opportunity for retraining in office-based computing, and within a few months I was working in high tech and continued to do so for the next twenty-five years.

Those years had their ups and downs. I learned a lot about life, myself, and business. Yet my heart was never really in it. Not that there was anything wrong with the work I was doing. It was me. I couldn’t shake the desire to return to the kind of Bible oriented pursuits that filled my life previously.

A few years into my high-tech experience, the Internet began to emerge as a force to reckon with. In the mid-1990s, I started developing basic Web pages (that’s when the only background color available was gray!). In those days few people guessed how pervasive the online world would become.

In 1997 (that’s a year before Google was incorporated) I got an idea: maybe in my spare time I could post short Bible messages on the Web. I was intrigued by the idea that people who might not normally encounter biblical truth might read what I had to say in the privacy of their homes. I would follow the traditional annual reading cycle of the Books of Moses, explaining how these ancient words continue to speak powerfully in our day, especially as we understand them from a messianic perspective (the conviction that the promised Jewish Messiah has come in the person of Yeshua of Nazareth).

I had no idea where I was going with this, but I started out. Just like Abraham. I found that expressing myself through writing alleviated some of my heaviness of heart. Even though my normal work hours were given to other things, I knew I had something to share and was willing to put it out there for whomever might see it. Soon afterwards a friend and colleague suggested I add a subscribe function to my fledgling website so that people could receive the weekly message by email – a cutting edge idea in those early days of the Web. And then people actually started signing up! Little did I know that I would still be doing this twenty years later.

We read in the New Covenant book of Hebrews, “By faith Abraham obeyed when he was called to go out to a place that he was to receive as an inheritance. And he went out, not knowing where he was going” (Hebrews 11:8). However, when we read his story, it is clear that he knew what his God-given destination was. So he did know where he was going. Still, the writer of Hebrews is not wrong. While Abraham knew his geographical destination, he understood nothing of what his life would be like there. It is often that way when we respond to God’s leading. The steps we are to take are sufficiently clear to get started at least. Beyond that, there’s no way to know what God has in store – except for one thing – the same thing God promised Abraham: blessing. We will likely be surprised at how the fruit of our God-directed endeavors brings blessing to the world. That’s God’s job, not ours. Our job is to simply obey his promptings – even when we don’t really know where we’re going.

I don’t know how much longer I will continue to produce TorahBytes. Today it’s one part of a much broader teaching work, having returned to my life’s calling about five years ago. Over the years I have often considered stopping these weekly messages. Then one way or another, the Lord would encourage me to keep going. So, we’ll see. For now, let me thank those of you who have supported me on this journey for some or most of the past twenty years.

What new endeavor might he be calling you to embark on?

2 thoughts on “Do You Know Where You’re Going?”