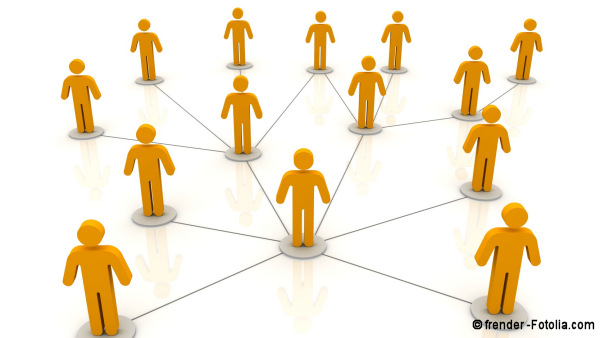 So shall they put my name upon the people of Israel, and I will bless them. (Bemidbar/Numbers 6:27)

It’s been relatively recently that I have noticed how much I value connection. Few things move me more than to discover that something really good happened due to the outcome of complex relationships over time. When one of our daughters was in ballet training in Mississippi (far away from where we live in Ottawa, Canada) she was rooming with another young lady who was the daughter of one our daughter’s first dance teachers in the Vancouver area more than ten years earlier. Now that same daughter is co-owner of a dance studio here along with a person whom we know because she worked with another daughter of ours in a dancewear store in Calgary (also far from here). Every time I tell stories like these I get choked up, all the while invisibly scratching my head, wondering what it is that affects me so. My conclusion: meaningful connections.

God designed us for connection. Every human being shares the same parentage, beginning with Adam and Eve and then again through Noah and his wife. That means we are all related, though distantly. But that distance doesn’t undermine the sense of connection when it surfaces as illustrated through this video about the effects of a DNA study upon its participants.

Moreover, the having of children is not simply the product of sex, but the purposeful outcome of the institution of marriage as established by God in the Garden of Eden. From the very beginning, children were to be nurtured within a household led by one man and one woman bound together permanently under God. Later we learn that holistic education of children was to be under the direction of parents (see Devarim/Deuteronomy 6:7; 11:19). This deepens the natural connection between parent and child.

The interconnection within and between families is by design. Lack of connection is a result of human rebellion against God beginning with our first parents and demonstrates itself through envy, bitterness, and violence. The alienation we experience from one another at so many levels is counter to God’s original plan for the global family and is only truly restored through faith in the Messiah Yeshua. To see God’s hand of blessing through unusual connections is a taste of what should have always been and will one day be again. Perhaps that’s why it makes me cry.

Last week, I attempted to explain how the census under Moses was an exercise in connection. God appointed certain people to reach out to the community in preparation for the next stage of its development. Knowing God is not only about individuals connecting directly to him. Rather he prefers to make himself known through one person to another.

This is also what the special blessing in our parsha (weekly Torah portion) is all about. What God commanded Aaron and his sons to speak over the people of Israel wasn’t magic. The words of blessing on their own didn’t cause good things to materialize out of nowhere, they were connecting people with the goodness of God which he desired for them. The intermediating function of the cohanim (English: priests) illustrates God’s design for all humankind in that the potential for life (which is what blessing is) originates in God, but is to be manifested through fellow human beings to each other.

To live in isolation from others is to cut ourselves off from the blessings of God. This is not to say that all human connection is beneficial. Some connections we are better off without. But let us not allow the effects of sin to unnecessarily cut us off from those connections we so desperately need (or those who need us!).